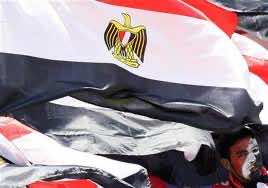 Thousands of Egyptians marched on the cabinet headquarters in central Cairo on Tuesday to demand the removal of the ruling military council.

The march, reminiscent of protests that forced President Hosni Mubarak to step down on February 11, followed a warning by the military council that it would use all legitimate means to end a five-day-old protest in the city’s Tahrir Square.

“Down, down with military rule,” demonstrators chanted as they went from Tahrir Square towards the prime minister’s office, where they demonstrated before returning to the square.

“The people want the removal of the Field Marshal,” they shouted, referring to Mohammed Hussein Tantawi, the military council leader who served as Mubarak’s defence minister for two decades.

The protest that began on Friday has increasingly targeted the generals running the country and is one of the longest since it took over from Mubarak following mass protests against rising prices, poverty, unemployment and years of authoritarian rule.

The protest and the possibility that the crisis could deepen have hit the Egyptian stock market, where the benchmark index closed down almost 3 percent at an eight-week low.

The protesters are angry about foot-dragging in trying Mubarak, who ruled the country of 80 million people for three decades, and officials charged with corruption and killing protesters. They also want swifter reforms.

Other protests have been taking place in the port cities of Alexandria and Suez, where some people gathered outside a Suez Canal administration building. An official said the canal was operating normally.

Mubarak, who is at a hospital in the Red Sea resort of Sharm el-Sheikh, is due to go on trial over the death of more than 840 protesters in the uprising on August 3.

Prime Minister Essam Sharaf has been trying to appease the protesters by promising a cabinet reshuffle and ordering other changes in the Interior Ministry, but the demonstrators have rejected the proposals.

The military council said the protests were threatening public order and the country’s security.

“The armed forces feels its historic responsibility and role towards the nation and calls on honourable citizens to stand against any protests that prevent the return of normal life,” said a statement read by General Mohsen Fangary, a member of the military council.

The army has promised a parliamentary election in September with a presidential vote to follow.

“There is a gap between the revolution and the swiftness it was demanding and (there is a) delay on the other hand which creates a gap and leads to questioning whether the revolution took place and whether there was a radical change in the country or not,” he told Al Jazeera television in an interview.

Protesters in Tahrir Square have blocked traffic and stopped employees entering a government administrative building on the edge of the square. Many rejected the army statement.

“The military council is following the same policies as the ousted regime,” said Mohamed Abdel Waged, 43, who has joined those camping in Tahrir in tents and under big white canopies.

Eager to placate the crowds and restore order, the military said it would “work to end” the protest by all legal means.

“All opinions and demands of people are taken into consideration; this conference is to clarify our vision,” said General Mahmoud Hegazy, a member of the military council.

But he said that there was “no scenario or option of using violence at any time against the protest.”

In his latest speech on Monday night, Sharaf promised a cabinet reshuffle within a week. He later accepted the resignation of his deputy, Yehia el-Gamal, who demonstrators had complained was ineffectual.

In Alexandria, demonstrators chanted slogans against the army and against the prime minister. “Sharaf, Sharaf go resign and kiss the Field Marshal’s hands,” they said.

In a concession towards demands for more transparency in trials, a judge said a camera would be allowed into court to let those outside see what was happening. It was not clear whether sessions would be broadcast on public channels.

The government said on Monday it would raise the minimum wage, another demand of the protesters.

In the most recent corruption trial, former Prime Minister Ahmed Nazif, who investors had praised for economic liberalisation measures that fired up Egypt’s economy, was given a one-year suspended jail sentence.

The former interior minister, Habib al-Adli and a former finance minister, Youssef Boutrous Ghali, were given five and 10 years in jail. Both have received jail terms in earlier cases. Boutros-Ghali has been tried in absentia.

The Muslim Brotherhood, Egypt’s most organised political group, had joined Friday’s protest but said it would not continue.