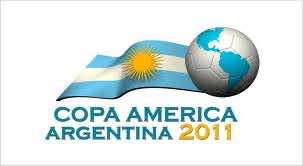 Uruguay eliminated Mexico from the Copa America on Tuesday to set up a mouth-watering quarter-final clash with Argentina, while Chile finished top of Group C after a 1-0 win over Peru.

Mexico, who were effectively fielding an under-22 side at the Copa, exit the competition after three consecutive losses.

Chile topped the group, with Uruguay in second place and Peru third. All three sides progress to the quarter-finals, although Chile and Peru will have to wait until Wednesday to find out who they face next.

“I congratulate Chile, their coach Claudio Borghi and the players,” Peru coach Sergio Markarian said afterwards. “In my opinion, and with all respect to all the other teams, Chile have played the best football in the competition over their three matches.”

World Cup semi-finalists Uruguay, having drawn their opening two matches, took the lead through Alvaro Pereira after 14 minutes, the midfielder taking advantage of a deflection from a Diego Forlan free kick to bury the loose ball from close range.

The Uruguayans dominated much of the match but failed to add to their score. Forlan hit the inside of the post with a low shot in the 30th minute and it was only in the final 20 minutes that Mexico turned up the heat. They appeared to have equalised in the 89th minute through Rafael Marquez but his effort was ruled out for offside.

The Uruguay-Argentina quarter-final pits the two most successful teams in the Copa America against one another. Both teams have won South America’s most prestigious competition 14 times. Chile, looking to win the competition for the first time, needed a 92nd minute own goal from Andre Carillo to beat a stubborn Peruvian side in Mendoza. Carillo inadvertently bundled the ball into his own net after a scramble in the six-yard box from a corner. The result means Chile will play whoever finishes second in Group B in the quarter-finals in San Juan next weekend. That could be Brazil, Paraguay or Venezuela. Both Chile and Peru ended the match with 10 men, Chile’s Jean Beausejour and Peru’s Giancarlo Carmona sent off after an hour for their part in a melee that drew in all 22 players.