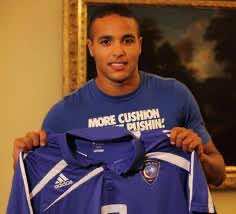 In the previous season, he had helped the club back to the top league after relegation.

The 24-year-old had been linked to Italian side Genoa, so his move to Saudi Arabia has come as a surprise to some.

El Arabi captained the French under-21 before catching the eyes of Morocco national team scouts, where his parents are originally from, last season.

In September 2010 he was offered the chance to play for the Atlas Lions in an African Nations Cup qualifier against Central African Republic.

At the time he said had opted to play for Morocco and follow in the footsteps of Marouane Chamakh, another French-born player who chose to pledge his international career to the homeland of his parents.