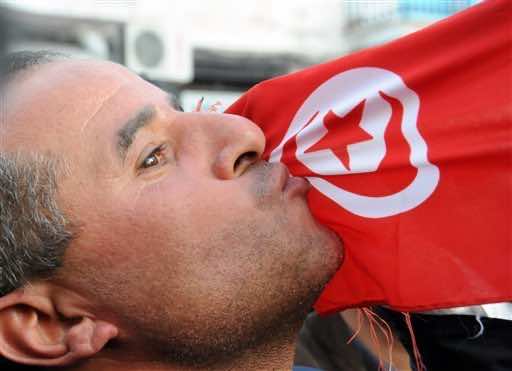 Tunisians are debating what kind of relationship they will have with Europe and the United States after an uprising this year unmasked the police state behind what was once touted in the West as an “economic miracle.” Islamists, leftists and nationalists from the major political parties agree that Tunisia should push for relations on a more equal footing with the West, for better trade arrangements and avoiding debt.

One sign of progress is an offer to Tunisia from the European Union of an enhanced partnership status which only Morocco among Arab countries so far has which is the subject of internal EU discussions.

EU reluctance to reduce tariffs on Moroccan agricultural products and its raising political and rights issues indicate the hurdles that process could face. Yet Tunisia’s democratic transition should strengthen its position, said Rachid Kchena, a prominent commentator.

“The key for our new relationships abroad is to be equal with the EU. We can bargain, which the Ben Ali government did not do.”

Zine al-Abidine Ben Ali’s 23-year-rule came to an abrupt end when he fled on January 24 in the face of widespread protests over unemployment, corruption and oppression. “Perhaps we will be more integrated with the Arab countries and North Africa in particular than under Ben Ali, but I don’t think that should contradict a good relationship with the West,” said Kchena.

A Western diplomat said the EU was moving ahead with plans to upgrade its trade relationship with Tunisia.

“I think the EU will happily move it in that direction. A lot of it is being hammered out in the EU itself,” he said, adding that most Western governments didn’t realize how much of a house of cards Ben Ali’s Tunisia was. “We knew it was a mess but we didn’t expect it to snap when it did. We comfort ourselves that Ben Ali’s security people who spend more money on knowing these things didn’t manage to see it coming either,” he said.

On first impression, the North African country of 10 million people was a haven of stability and progress, with the alluring Islamic and French colonial architecture of its capital and a president who, with his high-profile wife, presented himself as a champion of Arab secularism and emancipator of women.

Former French president Jacques Chirac was once so impressed with the country, as it followed prescriptions to privatize firms and eased foreign investment, that he proclaimed Tunisia a neo-liberal success story, an economic miracle.

His successor Nicolas Sarkozyonce claimed Ben Ali’s rule was preventing the emergence of a Taliban state. And the World Bank last year praised Tunisia’s “remarkable progress” in “equitable growth, fighting poverty and achieving good social indicators.” Yet Tunisian political analysts say there was a growing sense that the country was being duped by Ben Ali and his backers.

“Ben Ali represented the policeman of the region, on the edge of Africa, where he could help stop illegal immigration, drugs and weapons going to Europe,” says Salah Attia, a prominent writer at the Assabah daily.

“He played with numbers and sold them to the West so that he could say he was at least a soft dictator. Meanwhile the state of poverty grew, and now it’s clear.”

Western praise ignored not only the authoritarianism of a textbook police state but also airbrushed from view the economic deprivation in southern and central regions, seat of the revolt which finally brought down Ben Ali, as well as the amassing of wealth by an elite close to his extended family and security apparatus.

Former colonial power France was Tunisia’s biggest trading partner and top foreign investor outside the oil sector, and almost half of the 3,000 foreign firms in the country were French.

SOME POLICIES STAY Analysts say there is broad agreement among politicians on a liberal economy, with more decentralization to help the regions while maintaining state subsidies and control of some key sectors — a source of potential conflict with foreign lenders.

“What is worrying now is that we are not solving social and economic problems or fixing unemployment and the problem of development in the deprived regions,” said Noureddin Beheiri, a politbureau member of the Islamist Ennahda group, whose potential to emerge as the strongest party in post-Ben Ali Tunisia unnerves many in the West.

The interim government — overseeing a slow transition to democracy that has raised fears of a political and security vacuum — has indicated that fiscal policy will not change and some Tunisians, who opposition groups duban old guard of “counter-revolutionaries,” are happy with this. Parliamentary and presidential elections are some way off, dependent upon a vote in October for a body that will first write a new constitution. “I’m sure the fundamentals will be the same. We need to work with the international community, the European Union, World Bank, etc.,” said economist Marouane Abassi, adding he did not think Ennahda, if it forms a government, would alter those ties.

“Tunisia could have been an economic miracle, if not for the bad governance of the last 10 years,” he said. “I left the country in 2006 because I was disappointed by the government… It will take time now to have good governance, change the mentality and improve the administration.”

Abassi said the team running economic policy was essentially the same, despite a change in faces at the top. The central bank governor has said Tunisia will meet its debt obligations for 2011, and finance minister Jalloul Ayed has ruled out rescheduling debt while seeking $4 billion in foreign loans, including a $500 million budget loan from the World Bank.

Ayed spoke of plans for public and financial sector reforms at a meeting of Group of Eight nation leaders in France in May that agreed to offer Egypt and Tunisia a $40 billion package of bank loans and direct aid following this year’s upheavals.

Faced with ratings downgrades during the uprising, the government shelved plans to go to international debt markets.

“(Ben Ali) chose not to reform transport because it was very profitable for ‘The Family’,” he said, referring to the family of Ben Ali and his wife. “We need to understand how the Tunisian government should liberalize these sectors.” Abassi said Tunisia could not bet on recovering Ben Ali family assets, despite the promises of many governments to help.

“Forget about this money,” he said. “If you can get it, it’s good. But I’m not sure how much it is, and getting it back is very difficult. They can hire the best lawyers in the world.”

But Kchena said the middle class were alarmed at the country’s financial situation and the thought of more debt, and the strife had the potential to produce a new brand of political leader not necessarily to the liking of international players eager for continuity.

“In the media, unions and political parties, we can hear the voice of the middle class which is scared by the new economic choices that the World Bank, for example, is trying to impose on Tunisia,” Kchena said. “With new media, all Tunisians know everything about these negotiations, with the G8 and the EU,” he said. “If the World Bank and other institutions push our government to take difficult and severe measures, they will produce new leaders.”