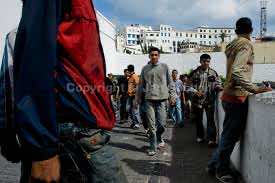 The EU-Morocco joint parliamentary commission lauded, on Wednesday in Brussels, the efforts made by Morocco in order to combat illegal immigration, the Maghreb Arab Press news agency has reported today.

“The joint parliamentary commission hails the Moroccan government’s efforts in this area, which have resulted in a significant fall in illegal migratory flows,” said a statement issued at the end of the third meeting of the commission.

The commission called for promoting legal migrations, which should contribute to achieving co-development and intensifying cooperation in the fields of labour and education.

It insisted that “the economic growth and the creation jobs, especially for the youth, are the best responses to the problems related to the migratory flow management.”

On security in the Sahel region, the commission said Morocco plays the role of a bulwark against the extremists, trafficking and illegal immigration, and stands as a model in the area of modernity and good governance.