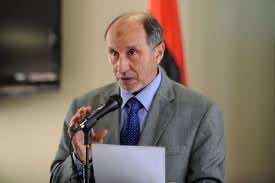 Western powers and Arab states meeting in Istanbul on Friday will seek a political solution to end the civil war in Libya, amid conflicting signals over whether Muammar Gaddafi intends to fight on or surrender power.

U.S. Secretary of State Hillary Clinton and the EU’s foreign policy chief Catherine Ashton are among more than a dozen ministers attending the Libyan contact group meeting, its fourth since an emergency summit in London in March.

“The main aim is to find a political solution to accelerate efforts to end the bloodshed,” said Selcuk Unal, spokesman for the Turkish Foreign Ministry hosting the talks in Istanbul.

Heads of NATO, the Arab League, African Union and Gulf Cooperation Council will also attend along with representatives of the Libyan opposition.

The U.N. Secretary-General’s special envoy on Libya, Abdul Elah Al-Khatib, will report results of contacts with the beleaguered Gaddafi government in Tripoli and the rebel National Transitional Council based in the eastern city of Benghazi.

There will also be updates on the flow of financial and humanitarian assistance to the rebel-held areas.

Russian and China, two permanent members of the U.N. Security Council that have taken softer line on Gaddafi, were invited for a first time to attend a contact group meeting.

But China has said it would skip the meeting while it was uncertain who Russia would send.

Mahmoud Jebril, a senior member of the rebel council, said in Brussels on Wednesday that there had been no negotiations so far with Gaddafi’s regime to end the civil war that began with a popular uprising against his 41-year rule in February.

Gaddafi is resisting rebel advances on Tripoli from the eastern desert and western mountains, and the drawn-out conflict and lack of substantive talks have frustrated NATO allies who are helping the rebels by enforcing a no-fly zone and bombing Gaddafi forces deemed a threat to civilians.

The international community wants to ensure that the oil- and gas-rich North African country of 6 million people emerges as a stable democracy rather than falling prey to ethnic or tribal conflict, or becoming a haven for Islamist militants.

Among items to be discussed in Istanbul will be a recommendation by a British-led team planning post-conflict Libya for Gaddafi’s security forces to be left intact after a rebel victory in order to avoid errors made after the Iraq war.

French Foreign Minister Alain Juppe said earlier this week that emissaries from Gaddafi’s government were in contact with NATO members, and were saying that Gaddafi was ready to quit.

A crucial question, should Gaddafi agree to step down, will be whether he is allowed to stay in Libya or has to take refuge in a third country despite a U.N.-backed International Criminal Court investigation into crimes against his people.

Clinton said on Wednesday in Washington that Gaddafi’s intentions were unclear.

“We are still getting contradictory signals from Colonel Gaddafi’s camp,” she said during a visit by Russia’s Foreign Minister Sergei Lavrov.

“He has yet to meet the red lines that are set by the international community to cease violence against his people, withdraw his forces and step down from power.”

Clinton said the while the United States and Russia could not predict exactly when Gaddafi would go, “we do understand and agree that his days are numbered”.

Lavrov said Moscow’s position on the enforcement of U.N. resolutions on Libya differed somewhat from that of NATO powers, but this would not stop Russian efforts to get peace talks going.

“We are united in that we have to start the political process as soon as possible and we have different channels, official and not very official channels, to work through to create conditions for this process,” he said.

The White House later issued a statement that President Barack Obama welcomed Russia’s efforts to mediate a political solution and back talks towards a democratic transition so long as Gaddafi stepped aside.

Turkey and the African Union have proposed separate road maps aimed at establishing a ceasefire and moving through stages from Gaddafi quitting power to a democratic transition, and the contact group will seek to agree on a single plan.

Turkey’s Foreign Minister Ahmet Davutoglu has voiced hopes last week that significant progress towards a political solution could be made before the Muslim fasting month of Ramadan, which this year falls at the beginning of August.