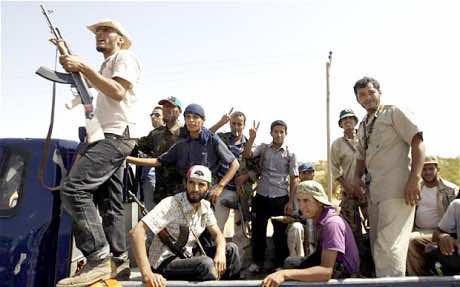 ISTANBUL  – Major Western and regional powers meet in Istanbul Friday to discuss a political push to get rid of Libyan strongman Moamer Kadhafi and increased financial assistance for the opposition.

US Secretary of State Hillary Clinton insisted on the eve of the talks that Kadhafi’s days were numbered, with the colonel hanging on in Tripoli despite four months of NATO-led bombings backing up rebels battling his four-decade regime.

Foreign ministers from several other major powers will also attend the gathering in Istanbul.

The so-called International Contact Group on Libya will ponder the chances of negotiating a political settlement to the conflict with representatives of the regime — excluding Kadhafi and his inner circle — and the rebels, officials said.

The UN envoy for Libya, Abdul Ilah al-Khatib, will brief participants on his recent talks with both Tripoli and the rebels at their stronghold of Benghazi, a Turkish diplomat said.

“Ideas are maturing on how to launch a political track through the mediating role of the United Nations,” Italy’s foreign ministry spokesman Maurizio Massari said.

“The fundamental point is that Kadhafi is not part of this political process. A dialogue with members of the regime who are not Kadhafi’s family or officials on the sanctions list could be the basis for this process,” he said.

On Tuesday, Kadhafi’s prime minister told France’s Le Figaro daily that the embattled regime was ready to begin talks with Paris and Libyan rebels “without preconditions” and without input from Kadhafi.

While French Foreign Minister Alain Juppe confirmed contacts with the regime, he said they did not yet constitute serious negotiations.

“We are meeting envoys who say to us: look, ‘Kadhafi is ready to go, let’s talk about it’,” he said.

The Turkish diplomat said that financial support for the cash-strapped opposition and more humanitarian aid for the Libyan people as the holy Muslim month of Ramadan approaches would also be high on the agenda in Istanbul.

There are discussions on whether to give the opposition loans while using frozen Libyan regime assets as a guarantee, he said.

“If such a system is formalized, there should be a common ground for every country. Politically it’s possible, but legally… it’s not that easy,” he added.

During a visit to Turkey last week, Mahmud Jibril, a senior member of the rebel Transitional National Council (TNC), called on the international community to release funds frozen under sanctions against Kadhafi’s regime and make them available to the opposition.

Several TNC members, including Jibril, were to attend the Istanbul meeting and hold bilateral talks with delegations in the sidelines.

Along with Clinton and Juppe, foreign ministers Franco Frattini of Italy and William Hague of Britain will be among senior officials at the talks.

Turkey invited Russia and China to Istanbul to join the meeting of the contact group, the fourth of its kind.

But Moscow, critical of the scale and intent of the NATO-led strikes in Linya, turned down the offer. A Turkish foreign ministry official said Thursday that China’s participation was also unlikely.

The contact group includes the countries participating in the NATO-led campaign targeting Kadhafi’s regime, as well as other regional players.