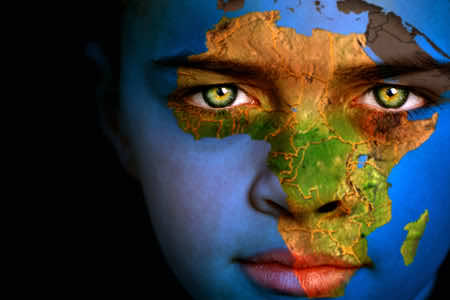 The Arab revolution started in Tunisia and in a little while became contagious. Egyptians came second in order of televised revolution.

These were major events with tremendous psychological effect not only on the socio-political fabric of the Arab world, but also that of Sub-Sahara African nation So far pundits and even lay commentators have rushed to sound warnings to Sub-Sahara African governments of the possibility of an Arab revolution-like events happening within their borders.

We have already witnessed some sabre rattling in the public space in Uganda and Ethiopia. So what conditions must hold for a televised revolution to unfold to its utmost conclusion?

The worst Sub-Sahara Africa performers – Mozambique, Madagascar, Malawi, Rwanda, Burundi, and Liberia actually have single digit percentage figures. Perhaps it is relevant to get closer home to the statistical figures for the East African region countries bearing in mind the relevance of geographical proximity in a scenario of a televised revolution unfolding in a neighbouring country.

Kenya has about 45% of its population falling within the middle class, while Ethiopia, Uganda, and Tanzania have approximately 22%, 19%, and 12% respectively. These dismal figures communicate the stark reality that majority of the population in these countries live in poverty. I assert here that the situation is so dire to the extent that the globally referenced-pyramid structure simply does not apply. We can accurately talk of a majority of the population in these countries being stuck at the base with a tiny minority immorally sitting at the top.

If the North African nations of Tunisia and Egypt have a significant majority of their population falling within the middle class, then what caused their televised revolutions?

Within the floating middle class we can find a majority of modestly educated, but seasonally or perennially unemployed young people. This group can be politically conscious and can at times have the ability to organize and galvanize others to their cause depending on the shared disgruntlements, and discontents of the others.

The probability of a televised revolution happening in Kenya or in any of the neighbouring countries owes much to the floating middle class factor than the usual suspects – groups living below poverty level.

Violent forms of change like the Arab-revolution can be explained by of a host of socio-economic and political factors acting in concert. Then, when you factor in a high rate of urbanization accompanied by high rate of access to electronic communication tools, albeit in stark contrast to a dismal national democracy index, you obtain a perfect recipe for mass violent form of change.

The Arab North African nations and their Middle-East brothers score lowest on the global democracy index. These countries’ scores are significantly lower than most of the Sub-Sahara African countries. All East African region countries have higher scores well a head of Tunisia, Egypt, United Arab Emirates, Oman, and even Qatar. However, in this instance we are only comparing worse off situations.

Though not a perfect and precise measure of democracy, democracy index covers electoral process and pluralism, functioning of government, political participation, political culture and civil liberties, thus it is a convenient approximation tool for a relatively subjective value as democracy.

Authoritarian regimes are conceived and premised on misconceptions, which then build into a trend. The ensuing trend and continuing misconceptions reinforce each other and can be sustainable over lengthy time span.

A few decades of existence of authoritarian regimes belies their stability. Eventually the misconceptions and trends become unsustainable, and are thus self-defeating. Perhaps you can now start making some informed guesses about which countries in the larger Eastern Africa region might in the short-term or longer-term future explode to give us some televised revolution.