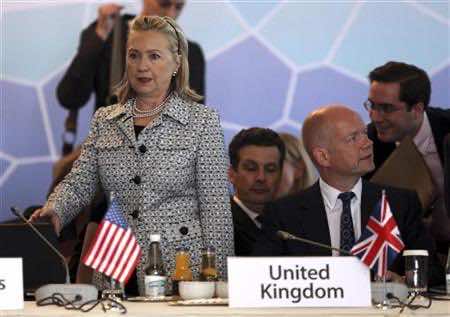 ISTANBUL – The United States formally recognized Libya’s rebel opposition as the legitimate government on Friday, an important diplomatic step which could unlock billions of dollars in frozen Libyan funds.

“Until an interim authority is in place, the United States will recognize the TNC as the legitimate governing authority for Libya, and we will deal with it on that basis,” Clinton said in prepared remarks.