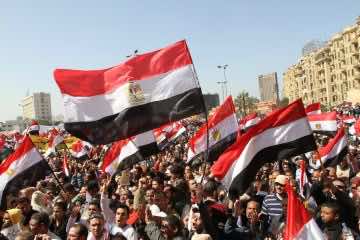 Several factors are shaping the current political order in the Middle East after the Tunisian and Egyptian revolutions and amidst what has been dubbed the “Arab spring.” After years in which Arabs had limited influence over their political agenda due to a power vacuum that greatly profited non-Arab regional powers, namely Turkey and Iran, we are mow witnessing a number of new emerging patterns.

First, a rebirth or a return of mass politics in the Arab world. Henceforth, foreign policies can no longer be shielded from domestic scrutiny and will have to respond to acceptance by domestic constituencies as in democracies. Accountability has become part of the equation in Arab societies. At the same time governments will find it much more difficult to make strong declaratory policies, mainly on the Palestinian issue, to seek legitimization at home, and then choose to act differently against the will of their populations.

Flexibility on the Palestinian question was often viewed in the past as examples “moderation” in many instances – for instance the policies that were adopted by Egypt’s former President Hosni Mubarak on matters that affected Washington’s interests and the Arab-Israeli conflict. More Arab domestic resistance to pressure from external powers will influence developments in certain key regional conflicts.

Second, we are seeing the return of Egypt to its traditional and active role in the Arab world and in Africa. Egyptian officials have traveled to Sudan and there have been Egyptian declarations pointing to the country’s reintegration into and re-engagement in Gulf politics, a role much needed allowing Egypt to act as a counterweight to Iran. However, at the same time Cairo must also seek to engage Iran and differentiate itself from Washington’s policies toward Teheran.

Egypt will also return in force to the politics of the Mashrek, or the eastern part of the Arab world. It will do so by repositioning itself with respect to Palestinian domestic politics and the Palestinian-Israeli conflict while also seeking to step up its relations with Turkey. On July 21, Cairo and Ankara will establish a strategic council, one reflecting their mutual interest in expanding bilateral cooperation while also recognizing the special status of the other in the region.

Third, we are entering a period in which the Muslim Brotherhood in several countries will begin to engage in politics, as is their right, notwithstanding the fear and worries among some when it comes to this role. This will represent a challenge to the Brotherhood in terms of its capacity to engage in politics normally. This development comes in the wake of American and European calls for a dialogue with the Muslim Brotherhood and will impose key changes in regional politics

Fourth, we will see a continuation of the struggle for Syria, to borrow from the title of the famous book by the British journalist Patrick Seale. While Seale in his book was focusing on the 1950s and the struggle between Egypt and Iraq over Syria, what we are seeing emerge today because of Syria’s geopolitical location, its social structure, its weight and role in regional affairs, is a growing rivalry over Syria between Turkey and Iran. Turkey is seeking to push for change in Syria its main door to the Levant and the Arab world, while Iran sees Syria as its key ally in the Arab world, and its bridge to the Mediterranean. The more the situation remains unresolved in Syria, the more there will be room for Turkish-Iranian friction to grow.

Fifth, Iran’s position and policies on Bahrain, as opposed to its position and policies on Syria, place Tehran on a collision course with the Muslim Brotherhood movements with which the Iranians were once close. However, their disagreement over Bahrain could expand for sectarian reasons. At the same time, this and the growing role of Brotherhood movements in individual Arab countries will make likelier competition between an Iranian-led Islamism and a Muslim Brotherhood-led Islamism competing for influence in the Arab world, both in their behavior and discourse. At the heart of their competition will be resistance to Israeli occupation and to Western encroachment

These five developments show a more complex Middle Eastern situation will be the likely outcome of a reinvigorated Arab order. The “Arab spring” is truly transforming the region.

Nassif Hitti is a political analyst and a former professor of international relations. He wrote this commentary for THE DAILY STAR.