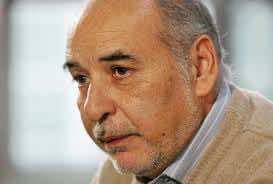 My first encounter with Moroccan writer Tahar ben Jelloum was in 1987 when his early novel, The Sand Child, was translated into English (from the French). This brilliant novel describes the frustration of Hajji Ahmed, cursed (he believes) with seven daughters and no sons. When the eighth child is born, the girl is raised as a son, inflicting confusion, despair, and isolation on the child, as ben Jelloum dares to question the fluidity of sexual roles and parental misjudgments. The Sand Child ushered ben Jelloum into a distinguished literary career, as the author repeatedly broke new ground by tweaking old traditions, prejudices, and stereotypes. More recently, I praised in CounterPunch ben Jelloun’s novel, Leaving Tangier (2008), for entering new territory, as does A Palace in the Old Village.

Currently, we are in a literary period which I have called Post-Post-Colonial and new themes and issues have been addressed by writers from the former colonial areas. Many of the characters in these works leave the countries of their birth for Europe or the United States, seeking to improve their lot, especially economically. That has been true in the literary works by these writers for many years, but the change in more recent novels comes about because of failure to assimilate, or failure to advance economically and/or educationally, and then the characters decide to return home. At the end of Leaving Tangier, all of the major characters in the story return home to Morocco, mostly with a sense of defeat. The issue becomes one of reverse migration.

A Palace in the Old Village goes one step further. Mohammad has been quite successful in France, where he has worked for forty years at a Renault automobile factory. He’s raised five children, managed to put aside a fair amount of money, and reached the stage of mandatory retirement (or ‘tirement, as he wistfully calls it). Yes, his grown children do not view the world as he does, but they have stayed out of trouble and generally also been successful, marrying, and producing grandchildren. Seemingly, Mohammad has no problems. He even has high praise for French hospitals and the social amenities from which he has benefited. He’s been paid decently enough that he’s been able to take his family back to Morocco for several trips.

The problem is the ‘tirement itself, making him tired (and at odds with himself as well as how he’ll pass the time) and—worse—given to needless worries. He begins mulling over some of the most important events in his life. When he remembers the time he traveled to Mecca, he thinks, “He’d quickly learned that holy places disrupt ordinary perceptions. People are no longer themselves; they lose their bearings. Falling easily into trances, they lose consciousness as well, thus inviting a death much glorified in the ravings of charlatans. Such pilgrims die beneath the feet of stronger men, giants who trample others savagely, forging ahead without even a glance back to see what they’d left in their wake, pressing on, their eyes and faces lifted heavenward as if such barbaric fervor had been demanded from on high. The weakest victims die, lying bloody in the dust. No eye falls upon them to offer a last prayer.”

The passage appears at the beginning of the novel, prefiguring later events, though not in the violent manner displayed here. Without his job, Mohammed is lost. He even considers volunteering to work at the Renault factory, going back to the assembly line to offer a helping hand should someone become ill and be unable to work. But such opportunities do not occur, so Mohammed decides that the only solution is to return to Morocco and build a gigantic palace for his entire family. That decision results in further thoughts about his four decades in France, his village in Morocco, and his faith. “Forty years in France hadn’t changed him. Not one whit. He remained intact, inviolable, and impeccable: naturally and hermetically sealed. Nothing of France had found a place in his heart or his soul… He was what he was; nothing could change him. There were millions like him. They emigrated as if encased in armor, fiercely resisting all outside influence: we have our lives, and they have theirs.”

Once back in Morocco, his logic takes on further clarity: “The village and its traditions back home lived on in him, coming between him and reality. He was in his world, where he lived without much introspection. His touchstone for everything was Islam.” Unfortunately, the same cannot be said for Mohammed’s children. Thus, gathering his children around him becomes impossibility, making him realize, “France swallowed up the children of foreigners.”

The narration in this deceptively simple story collapses first and third person, past and present, faith and secularism, work and retirement, entrapment and freedom—fusing them all seamlessly together. When the story concludes, once again I had nothing but admiration for this truly gifted writer. In Linda Coverdale’s fluid translation, A Palace in the Old Village breathes both wonder and astonishment.