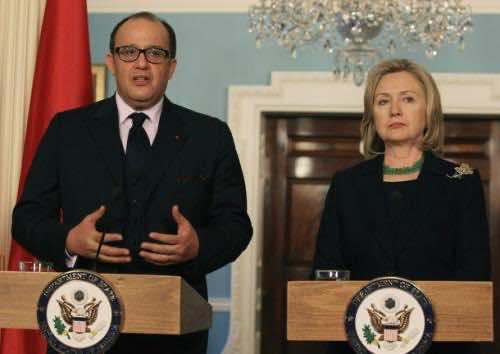 Today marks the 225th anniversary of the longest unbroken treaty relationship to which the United States is a party. On July 15, 1786 (18 Ramadan 1200), in Marrakech, American agent Thomas Barclay was handed the final protocol of the Treaty of Peace and Friendship by his Moroccan counterpart Taher Ben Abdelhack Fennish. Certified translations of the articles would be incorporated in a document eventually signed by Thomas Jefferson and John Adams as ministers plenipotentiary and ratified by Congress the following year on July 18, 1787. The long-term success of the partnership which emerged from the treaty contains lessons which are still relevant as Washington seeks to strengthen or forge links with other African countries, especially those along the Atlantic coast of the continent.

First, without necessarily being exclusive, relations have to be direct; subcontracting them out to other partners, who may or may not be disinterested, is not viable. Although Sultan Mohammed III ben Abdallah al-Khatib was the first foreign sovereign to recognize the independence of the United States when, in December 1777, he included America in the list of countries to whom Morocco’s ports were open, the relationship nearly floundered when Benjamin Franklin was convinced by his Parisian hosts to ignore the overtures of Etienne d’Audibert Caille, a merchant in Sale whom the monarch entrusted with initiating contact with the new country. Fortunately, Caille was persistent and went over Franklin’s head and appealed to the Second Continental Congress which, after some delay, commissioned Jefferson and Adams to negotiate a treaty, recognizing the value of the offer of diplomatic and economic relations to a young nation still struggling for acceptance in the international community.

Second, relationships are more likely to be sustainable when they are comprehensive. Although primitive by the standards of today’s technical precision, the 1786 treaty covered everything from diplomatic relations (“the Consuls of the United States of America shall reside in any Sea Port of our Dominions that they shall think proper; and they shall be respected and enjoy all the Privileges which the Consuls of any other Nation enjoy”) to non-hostility (“if either of the Parties shall be at War with any Nation whatever, the other Party shall not take a Commission from the Enemy”) to access to markets (“if any Vessel of either Party shall put into a Port of the other and have occasion for Provisions or other Supplies, they shall be furnished without any interruption or molestation”) on the basis of “most favored nation” (“the Commerce with the United States shall be on the same footing as is the Commerce with Spain or as that with the most favored Nation for the time being”).

Third, security interests help to consolidate other ties. The final article to be attached to the treaty was a security provision that was most beneficial to the young American nation at a time when its merchant shipping was often preyed upon by various European warships: “If any Vessel belonging to the United States shall be in any of the Ports of His Majesty’s Dominions, or within Gunshot of his Forts, she shall be protected as much as possible and no Vessel whatever belonging either to Moorish or Christian Powers with whom the United States may be at War, shall be permitted to follow or engage her, as we now deem the Citizens of America our good Friends.” This modest promise of protection has over the centuries evolved to the point where Morocco is one of just over a dozen countries to enjoy the designation of “Major Non-NATO Ally of the United States.”

Fourth, relations prosper when each side sees opportunity for economic growth with the other. It was no accident that one of George Washington’s earliest diplomatic messages was addressed to Mohammed III, both explaining the hiatus in communications due to the ratification of the US Constitution and touting the potential of the new republic: “It gives me pleasure to have this opportunity of assuring your majesty that I shall not cease to promote every measure that may conduce to the friendship and harmony which so happily subsist between your empire and these…This young nation, just recovering from the waste and desolation of long war, has not, as yet, had time to acquire riches by agriculture or commerce. But our soil is beautiful, and our people industrious, and we have reason to flatter ourselves that we shall gradually become useful to our friends.” The friendship treaty’s guarantee of minimal government interference with commercial activities (“Merchants shall not be compelled to buy or Sell any kind of Goods but such as they shall think proper”) enabled a thriving trade to develop—so much so that, in 2004, a free trade agreement was entered into by the two countries.

The treaty relationship between the United States and Morocco was by no means assured, especially given the various obstacles that had to be overcome in order to even sign the accord, much less to permanently renew it in 1836. Nevertheless, more than two centuries after its signing, the pact has proven to have justified both the farsightedness of Mohammed III and the efforts of Washington, Adams, and Jefferson. If today the balance has shifted in favor of what Morocco gains from close ties with an America that has grown immensely since the treaty of friendship was negotiated by Barclay and Fennish, nonetheless it remains a vital asset for the United States to continue having the kingdom as moderate – indeed, reformist – ally in the Maghreb as well as a political and commercial springboard for links presently being forged in the geostrategically increasingly important areas along the Africa’s Atlantic coast.

J. Peter Pham is director of the Michael S. Ansari Africa Center at the Atlantic Council.