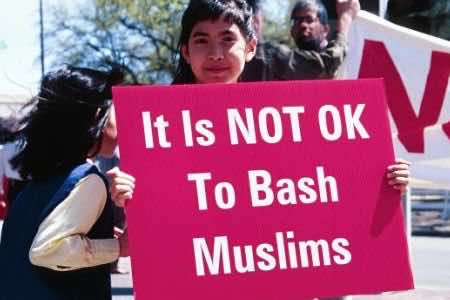 There’s no denying that a rash of attacks on Muslims occurred in the US following the 9/11 attacks. Muslims, and those who ‘looked Muslim/Arab/Middle Eastern’ were the target of people outraged by the tragedy and seeking their own retribution. As is usually the case when emotions override reason, the aim was often misplaced.

Next week, a Texan named Mark Anthony Stroman is scheduled to die by lethal injection. He was charged with murdering and assaulting several men he thought to be somehow linked to the 9/11 attacks. He was tried and convicted for his murder of a an Indian gas station operator, Vasudev Patel, who was not Muslim, was not Arab, and was not from the Middle East. He could have been tried on his other attacks, but the state settled for one conviction that led to the death penalty.

From what I’ve read of him, Stroman had a long history of white supremacy activities as well as a lengthy criminal record. He has claimed—but never substantiated—that his sister was killed in the 9/11 attacks and that his motive was retribution. As his own attacks ranged over a period of days, this was not seen as the passionate, emotional response of someone suddenly aggrieved, but rather an attempt to take the law into his own hands.

Interestingly, one of his victims, Rais Bhuiyan, a Muslim of Bangladeshi origin, is now active in trying to save Stroman’s life.