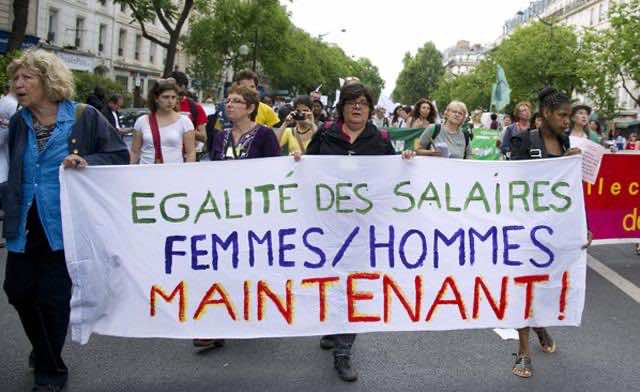 Is justice necessary for the empowerment of women? Does it enhance their position in society? The report, Progress of World’s Women (2011-2012): In Pursuit of Justice produced by the UN Entity for Gender Equality and the Empowerment of Women (UN Women) released this week, suggests that the answer is a yes.
It says that laws and justice systems that are biased against women’s interests and reinforce unequal power relations between women and men must be transformed in order to fulfil the potential they hold for accelerating progress towards gender equality.

Most contemporary theories of justice suggest it is overwhelmingly important: American philosopher John Rawls claims that “Justice is the first virtue of social institutions, as truth is of systems of thought.”

A great deal of success of women’s empowerment has been shaped by the UN Decade of Women (1985-1995), women’s movements in various countries and individuals committed to bringing about equality for women. The first UN Conference on Women held in Mexico in 1975 was the beginning of strategic thinking about how women could be equal partners in global development. This discussion resulted in the adoption of, among other things, the Convention on the Elimination of All Forms of Discrimination against Women (CEDAW), in 1979 by the UN General Assembly, and is often described as an international bill of rights for women.

The CEDAW defines discrimination against women as “…any distinction, exclusion or restriction made on the basis of sex which has the effect or purpose of impairing or nullifying the recognition, enjoyment or exercise by women, irrespective of their marital status, on a basis of equality of men and women, of human rights and fundamental freedoms in the political, economic, social, cultural, civil or any other field.”

The Convention provides the basis for realizing equality between women and men through ensuring women’s equal access to, and equal opportunities in, political and public life — including the right to vote and to stand for election — as well as education, health and employment. States agree to take all appropriate measures, including legislation and temporary special measures, so that women can enjoy all their human rights and fundamental freedoms.

The Convention is the only human rights treaty which affirms the reproductive rights of women and targets culture and tradition as influential forces shaping gender roles and family relations. It affirms women’s rights to acquire, change or retain their nationality and the nationality of their children. States also agree to take appropriate measures against all forms of traffic in women and exploitation of women.

Countries that have ratified or acceded to the Convention are legally bound to put its provisions into practice. They are also committed to submit national reports, at least every four years, on measures they have taken to comply with their treaty obligations.

Two decades after the CEDAW was adopted, the UN General Assembly in 1999 acting without a vote, adopted an Optional Protocol to CEDAW and called on all States parties to the Convention to become party to the new instrument as soon as possible.

By ratifying the Optional Protocol, a State recognizes the competence of the Committee on the Elimination of Discrimination against Women — the body that monitors States parties’ compliance with the Convention — to receive and consider complaints from individuals or groups within its jurisdiction. Since then, the UN system, regions, national governments and women’s movements have worked to ensure justice for women, in very strategic ways.

As the Report indicates, where laws and justice systems work well, they can provide an essential mechanism for women to realize their human rights. It underscores that despite widespread guarantees of equality for millions of women, especially the poorest and excluded, justice is out of reach. However, it highlights the innovative approaches that governments and civil society are pioneering to overcome them.

For example, in Turkey the civil code passed in 2001equalized the legal minimum age of marriage and gave the same inheritance rights to all children born in and outside of marriage. Buoyed by this success the women’s movement launched another campaign which culminated in a new penal code in 2004, which included the criminalization of marital rape and sexual harassment in the workplace, revision of articles discriminating between single and married women in and the strengthening of provision of sexual abuse of children.

A parameter for gender justice is changing the culture of service providers. Globally, women average just 6 percent of the police force and 27 percent are judges. In the Middle East and North Africa (MENA) region, less than 2 percent of the police force is women and 25 percent women are judges and prosecutors. Various countries have responded to this by creating one stop shops for legal aid; gender desks or women’s police stations. There are also specialized courts that include mobile, domestic violence and family courts to help bring women closer to justice and assist with navigating the system.

The report highlights the challenges posed by legal pluralism, when it comes to justice for women. Justice systems, says the report, are often categorized as formal or informal, state or non-state. But, examples from many countries show that justice systems cannot be neatly divided into these categories. In reality, different legal orders coexist and overlap, often in confusing and contradictory, says the report. An example is that family and some property matters are governed by different laws for different religious or ethnic communities in the Middle East, South Asia and parts of South-East Asia. These discriminatory laws have been challenged.

Currently, the countries of the MENA region have the highest number of reservations to CEDAW, which then make it difficult to work towards gender equality. This has been challenged by the Equality without Reservations campaign, initiated by women’s organizations in 2006 to urge Arab countries to withdraw reservations to the international CEDAW, and ratify its Optional Protocol. An example of innovative interventions is the Women’s Democratic Association of Morocco and the Forum for Alternatives which have supported the indigenous Soulaliyates women’s right to collective lands, on equal terms with men. As a result of legal action, sit-ins and street demonstrations, the Ministry of the Interior formally recognized their rights in 2009.

Experience shows that countries that have a higher percentage of women in parliament and judicial systems serve women’s interest better. The MENA region has 10 percent women in national parliaments and 7 percent in ministerial positions. The goal is a minimum 30 percent.
Additionally, despite laws there are social and institutional barriers to women seeking justice, says the report.

Lack of knowledge of their rights of the justice system, dependence on male relatives for assistance or resources and the threat of sanction or stigma are some of the social barriers women face in accessing the justice system. For these reasons, grievances are commonly resolved within families’ or communities or through the customary on non-state justice process. For example, in a survey on the family courts in Morocco, 68 percent of women who had experienced domestic violence expressed a preference for resolving the problem within the family. The women who did seek justice preferred the family courts for a divorce rather than go to the police and initiate prosecution proceedings.

The institutional barriers to justice for women, especially in developing countries, include confidence, autonomy, cost, distance and language. Women, due to their lower educational status, inability to pay and lack of confidence to access the systems, suffer greatly.

The report makes recommendations to make justice systems work for women. These are proven, achievable and if implemented hold enormous potential to increase women’s access to justice and advance gender equality, says the report. The recommendations include support to women’s legal organizations, implementation of gender sensitive law reform, using quotas to boost the number of women legislators, sensitization of judges, monitoring of court decisions and supporting one stop shops and specialized services to reduce attrition in the justice chain.

Despite the UN conventions, regional and national efforts, most women, all over the world have trouble accessing justice systems. And this is largely due to systemic discrimination built into most societies – rich and poor, urban and rural, literate and illiterate. The painstaking efforts since the mid 1970s have brought the debate and dialog so far, so that there is a better understanding of the nature of discrimination and designing innovative and workable strategies to counteract it. One could argue that 32 years of the CEDAW would have shown better results. But, those who have worked to overcome it know that things take time. From building consensus around terms at the UN level to developing strategies and carrying them out are huge and time consuming tasks.

In Pursuit of Justice stresses that the challenge lies in convincing men and women, no matter where they are, that women have rights and gender justice is a compelling and essential need for societies to develop, be developed and stay developed. This task is daunting, but the science and art of making this happen is clearer now. The celebration is in what has been achieved and the commitment is to continue the efforts and escalate them.

*(Anita Anand is Director, Com First (India) Private Ltd, a niche communications and development company based in New Delhi, India. She can be reached via email at: [email protected])