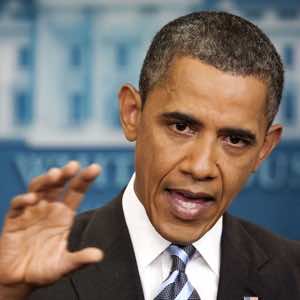 A few months back I had a quick exchange with President Barack Obama about America’s standing in the Arab world.

When I mentioned we would be conducting a poll to assess Arab attitudes two years after his Cairo speech, he said he expected the ratings would be quite low and remain low until the US could help find a way to resolve the Israeli-Palestinian conflict.

Well, the results are in and the president was right. In our survey of more than 4,000 Arabs from Morocco, Egypt, Lebanon, Jordan, Saudi Arabia and the UAE, we found favourable attitudes towards the US had declined sharply since our last poll, conducted in 2009 after Obama’s first 100 days in office.

Back then, Arabs were hopeful he would bring needed change to the US-Arab relationship and the early steps by his administration reinforced this view. As a result, favourable attitudes towards the US climbed significantly from Bush-era lows.

But as our respondents made clear in this year’s survey, those expectations have not been met and US favourable ratings in most Arab countries have fallen to levels lower than they were in 2008, the last year of the Bush administration.

A review of the poll’s other results makes it clear that the continuing occupation of Palestinian lands is seen by most Arabs as both the main “obstacle to peace and stability in the Middle East” and “the most important issue for the US to address to improve its ties with the Arab world”.

That Palestine trumps all other issues measured in the survey throws cold water on the wishful thinking of analysts in the US and Israel, who want to imagine that, in the context of this “Arab Spring”, Arabs now feel “that the Israeli-Palestinian issue is not as central to their lives as they were led to believe” (Bechor, Yedioth Ahronoth, July 14, 2011).

What our respondents tell us is the second highest ranking “obstacle to peace and stability” is “US interference in the Arab world”, which explains why the US role in establishing a no-fly zone over Libya is neither viewed favourably in most countries, nor seen as improving Arab attitudes towards America.

In fact, when presented with several countries and asked to evaluate whether or not each of them plays a constructive role “in promoting peace and stability in the Arab world”, eight in 10 Arabs give a negative assessment to the US role – rating it significantly lower than France, Turkey, China, and, in four of six Arab countries, even lower than Iran!

This is sobering news that should send a strong signal to all Americans and serve as a check on the reckless behaviour of lawmakers.

For example, when Congress invites the Israeli Premier to give an address that challenges and insults the president – and then gives the foreign leader repeated standing ovations – they are telling Arabs that America can’t and won’t play a constructive peacemaking role.

And when Congress continues to obstruct diplomacy and supports bills cutting much-needed assistance programmes for the Palestinians, Lebanon, and Egypt, they are sending Arabs the wrong message at the wrong time.

If anything, the results of this latest poll demonstrate how precarious the US position is in the Middle East and how important it has become for US policy-makers to pay attention to what Arabs are saying to us.