The view from fez 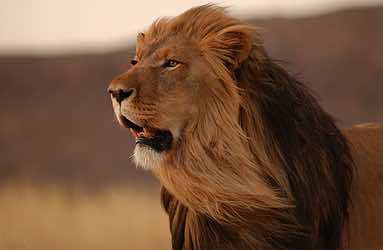 The view from fez

The old Temara Zoo in Rabat was the focus of criticism from animal rights campaigners and thankfully it is no more. However, if all goes according to plan, in less than three months the new Rabat Zoo will finally open to the public and, unlike the old zoo in Temara, Rabat will be more than a menagerie of animals.
According Abdeladim El Hafi, High Commissioner for Forestry and CEO of the Moroccan National Zoo, the inauguration will take place in late September or early October. “I think that time-frame is very achievable, since most of the work is now done. We are now in the final stage to deliver the project,” he said during the launching ceremony of the promotion operation of the new zoo in Rabat.
The draft plan of the zoo is impressive as are the projected visitor numbers. The zoo hopes to have some 3,000 visitors per day and over a million a year. There will also be a state of the art veterinary clinic and a botanical area.

The zoo has been built on an area of 50 hectares, half way between Rabat and Temara, on a site surrounded by a green belt. An interesting point is the division between the “day zoo” with an area of 25 hectares, and a “night zoo” which will be used for a “Night Safari”, reserved for nocturnal animals.

“The design and layout of the new zoo is based on an open concept, with animals in the wild and immersing visitors in the context of a nature reconstituted.” ~ Abdeladim Lhafi, High Commissioner for Forestry.
The day zoo is themed so that instead of caged animals visitors can see the richness and diversity of wildlife in various environments such as, Moroccan Saharan Africa, the desert, the Atlas Mountains, African savannah and swamps and rainforest.

According to Abdeladim El Hafithe animals will be arriving soon. “Virtually the entire collection of animals are available. But technically, the zoo will be ready to receive animals in July,”says El Hafi.

There are spaces for entertainment, recreation and edutainment in the last stages of coimpletion. At the entrance visitors are welcomed into a “village home”, a kind of gateway offering various services. The village home has four restaurants, cafes and a souvenir shop with a view of the animals and the petting zoo. As one moves inside the zoo, there are more rest areas: five kiosks selling drinks and sweets and restaurants spread over three thematic areas and whose design is carefully tailored to the environment.

Finally, a conference room is available, for outreach and education about the environment and for the general public.

“Morocco has never has a zoo that meets international standards. It will definitely attract many people, as long as there is no competition in that niche at the national level,” said the High Commissioner for Forestry.

The price of the ticket is 50 dirhams for adults, 25 dirhams for children (those under 2 years are exempt) and 150 dirhams for families. In addition, special rates are offered to school groups. The objective according Abdeladim El Hafi is to “democratize access to the zoo, while maintaining a balance so that the peak does not exceed the carrying capacity.”

First published in the view from fez