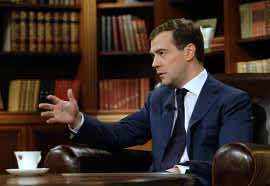 Russia on Monday criticised the United States and other countries that have recognised the Libyan rebels’ National Transitional Council as a legitimate government, saying they were taking sides in the civil war.

“Those who declare recognition stand fully on the side of one political force in a civil war,” Russian Foreign Minister Sergei Lavrov told reporters.

U.S. Secretary of State Hillary Clinton announced the recognition of the rebels on Friday, when she was in Turkey for a meeting of an international contact group on Libya.

The major diplomatic step could unblock billions of dollars in frozen Libyan funds.

Additional cash would be crucial to the rebels’ faltering campaign to end the 41-year rule of Libyan Muammar Gaddafi, who has so far resisted a nearly four-month NATO bombing campaign.

Russia, along with China, has taken a softer line towards Gaddafi. Both were invited to the Istanbul contact group meeting but decided not to become involved.

“Supporters of such a decision are supporters of a policy of isolation, in this case the isolation of those forces that represent Tripoli,” said Lavrov, adding that Moscow is in contact with both Tripoli and the rebels.

Russia, which abstained from voting on a resolution that authorised western force against Gaddafi to protect civilians, has increasingly criticised the scope of the NATO campaign as well as the role of the Libya contact group.