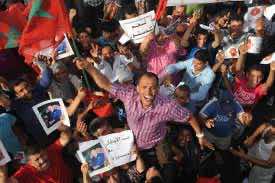 They expressed their support for the new fundamental law adopted by an overwhelming majority of the Moroccan people.

They chanted slogans and carried banners highlighting the advantages of the new constitution.

No incident was reported during these marches.