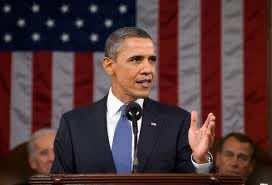 A few months back I had a quick exchange with President Obama about the US standing in the Arab world. When I mentioned that we would be conducting a poll to assess Arab attitudes two years after his Cairo speech, he responded that he expected that the ratings would be quite low and would remain low until the US could help find a way to resolve the Israeli-Palestinian conflict.

Well, the results are in, and the president was right. In our survey of over 4,000 Arabs from six countries (Morocco, Egypt, Lebanon, Jordan, Saudi Arabia and the UAE), we found that favourable attitudes toward the US had declined sharply since our last poll (which had been conducted in 2009 after Obama’s first 100 days in office).

Back then, Arabs were hopeful that the new president would bring the needed change to the US-Arab relationship and the early steps taken by his administration only served to reinforce this view. As a result, favourable attitudes toward the US climbed significantly from Bush-era lows.

But as our respondents made clear in this year’s survey, those expectations have not been met and US favourable ratings, in most Arab countries, have now fallen to levels lower than they were in 2008, the last year of the Bush administration. In Morocco, for example, positive attitudes toward the United States went from 26 per cent in 2008 to a high 55 per cent in 2009.

A review of the poll’s other results makes it clear that the continuing occupation of Palestinian lands is seen by most Arabs as both the main “obstacle to peace and stability in the Middle East” and “the most important issue for the US to address in order to improve its ties with the Arab World”.

That Palestine trumps all of the other issues measured in the survey throws cold water on the wishful thinking of some analysts in the US and Israel who want to imagine that, in the context of this “Arab Spring”, Arabs now feel “that the Israeli-Palestinian issue is not as central to their lives as they were led to believe” (Bechor, Yedioth Ahronoth, July 14, 2011).

What our respondents tell us is the second highest ranking “obstacle to peace and stability” is “US interference in the Arab World”, which explains why the US role in establishing a no-fly zone over Libya is neither viewed favourably in most countries, nor is it seen as improving Arab attitudes toward America.

In fact, when presented with several countries (e.g. Turkey, Iran, France, China, the US etc.) and asked to evaluate whether or not each of them play a constructive role “in promoting peace and stability in the Arab World”, eight in 10 Arabs give a negative assessment to the US role — rating it significantly lower than France, Turkey, China, and, in four of six Arab countries, even lower than Iran!

All of this might have been expected, as it was by the president, but it is still sobering news that should send a strong signal to all Americans and should serve as a check on the reckless behaviour of some lawmakers.

For example, when Congress invites the prime minister of Israel to give an address that challenges and insults the president and then gives the foreign leader repeated standing ovations they are telling Arabs that America can’t and won’t play a constructive peace making role.

And when Congress continues to obstruct diplomacy and supports bills cutting much needed assistance programmes to the Palestinians, Lebanon, and Egypt, they are sending Arabs the wrong message at the wrong time.

And when neo-conservatives continue to argue for a more muscular Middle East foreign policy, urging the White House to use force or to make more demands on various Arab parties, they are blind to the realities of the region and are treading on dangerous ground.

To his credit, the president understands the dilemma America confronts across the Arab world. He began his term in office with the right intentions and sent signals he would move in the right direction. But, as I have noted, on Inauguration Day, Barack Obama did not receive a magic wand.

Instead, he was handed the shovel that George W. Bush had been using to dig deep holes all over the Middle East. Getting out of those holes has been harder than he imagined. In addition to confronting the worst domestic economic crisis in generations, the president had to face down two failed wars, an incorrigible and manipulative Israeli leader, a divided and dysfunctional Palestinian polity, and a wary but hopeful (maybe too hopeful) world that expected him to deliver on promised change.

If that weren’t enough, the President was confronted from day one by a deeply partisan Washington, in which a unified Republican opposition behaved as if they wanted nothing more than to see him fail.

If anything, the results of this latest poll of Arab opinion demonstrates how precarious the position of the United States is in the Middle East and how important it has become for American policy makers to pay attention to what Arabs are saying to us.

Some may play politics with critical Middle East issues and gloat at their success at having stymied the president’s efforts to make peace and restore America’s image in the region.

But as the results of this survey make clear, their success has come at a price; one that is being paid by the entire country.

The author is the president of Arab American Institute. All the views and opinions expressed in the article are solely those of the author and do not reflect those of Morocco World News.