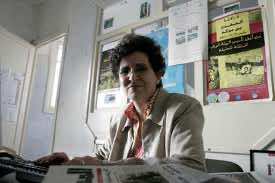 Constitutional reform crafted by Morocco’s king protects human rights better but won’t amount to much unless the state apologises for past abuses and holds to account those responsible, a top rights group said.

The Moroccan Human Rights Association (AMDH) also called for a separation of powers to eliminate interference by the palace elite in domestic security issues and in the judiciary.

King Mohammed, a staunch ally of the West, is expected to hand over some of his powers to elected officials under a new constitution approved in a referendum earlier this month.

But the 47-year-old ruler will continue to have a key say over strategic decisions and will chair both the judiciary and a newly created national security council.

The move by the Arab world’s longest-running dynasty is viewed in other Arab monarchies as a test case to see if reform can hold back the wave of uprisings sweeping the region.

“What has been added in the new constitution marks an advance for human rights over the 1996 constitution,” Ryadi, whose organisation is the country’s main independent rights body, said in a weekend interview.

She noted an emphasis on gender equality, bans on torture and arbitrary arrests and recognition for the indigenous Tamazight language spoken by Berbers.

“But it does not guarantee the establishment of a state of law and does not respect the people’s right to self-determination because it keeps wide influence in the king’s hand and puts him above accountability”.

“Impunity is key: It will be very difficult for anyone to believe in the new process while officials responsible for past human right abuses remain in office”.

Driss el-Yazami, who chairs the National Human Rights Council set up this year by the king, said the body plans workshops to educate law enforcement personnel and other public employees on rights protection in the new constitution.

In 2004 King Mohammed set up a committee to investigate rights violations by security services between independence in 1956 and 1999, when he ascended the throne on the death of his father who ruled with an iron fist for 38 years.

The Equity and Reconciliation committee was not allowed to seek justice for the victims who were compensated and allowed to speak of their ordeals – but without naming those responsible.

It did however recommend a series of reforms to ensure that such violations did not occur again, and Mohammed ordered the government’s human rights body to follow up on them.

“The only thing that has actually been done was to compensate the victims,” said Ryadi.

“Other recommendations such as an official apology by the state, the abolition of the death penalty, shedding light on the disappearance of political activists and adopting sound security governance have been buried.”

Authorities had not delivered on a promise to compensate restive regions — such as the northern Rif, central Khenifra and southeastern Kelaat M’Gouna — for several years of isolation imposed by the late king for their outspoken rebellious sentiment.

“People had their land and assets confiscated by the state and they have not recovered them until this day. That’s besides under-development they endured during the years of isolation”.

The North African country of 33 million does not have the oil and gas wealth of its neighbours, but in 2005 authorities launched a human development plan to try to bridge wide regional disparities.

“Saying the state does not have enough money is not a valid argument when you consider the lack of transparency that prevails in the management of public funds. Who decided that a high-speed train was a priority? The king,” Ryadi said.

“As far as we are concerned, the struggle continues to achieve real democratic gains.”

AMDH supports the February 20 Movement which has been holding almost-weekly protests to demand a parliamentary monarchy and full accountability of officials.

The loose and leaderless movement has not garnered the kind of support that overthrew leaders in Tunisia and Egypt, in part because the king is respected by most Moroccans, but has generated the biggest anti-establishment protests in decades.