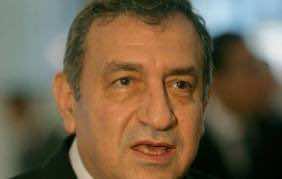 Egypt appointed Mohamed Kamel Amr on Sunday as its new foreign minister, replacing Mohammed el-Orabi who had held the post for less than a month, state television reported.

The appointment of Amr was part of a cabinet reshuffle demanded by protesters camped out in central Cairo.

The former Foreign Minister Mohamed Orabi said Saturday that he has submitted his resignation to spare the Prime Minister any embarrassment during the ongoing negotiations on the amendment, MENA news agency reported.

The new foreign minister Mohamed Kamel Amr served as deputy to the ambassador in the Egyptian Embassy in Washington, then as Deputy Assistant Secretary of State, before being appointed ambassador to Egypt in Riyadh late nineties.

Amr then worked as a director in the World Bank in Egypt.

Essam Sharaf, the Egyptian prime minister announced last Monday that there would be a cabinet reshuffle that would meet the expectations of the public in a week.

The cabinet reshuffle comes following the demands of protesters all over Egypt for a new revolutionary cabinet.

Two deputy prime ministers were appointed, one for political affairs and another for economics.

Sharaf directed a message to Tahrir Square protesters through his Facebook fan page that said the cabinet reshuffle is just the first step toward achieving the people’s ambitions.