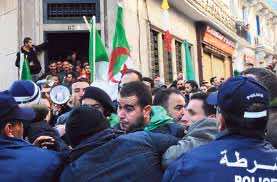 In order to achieve its schemes, the Algerian regime “funded the war in Libya, maintains the closure of land borders with Morocco and blackmails Tunisia,” Tabbou was quoted, on Monday, as saying by the Algerian Daily “Le Soir d’Algérie”.

Tabbou, who was speaking during a meeting in the province of Tizi Ouzou (103 km East of Algiers), noted that since the ousting of Tunisian Ex President Zine El Abidine Ben Ali, the issue of opening land borders with Morocco was used by several Algerian officials to “threaten Tunisia with isolation at the regional level, in retaliation against the Tunisian people who aspires for democracy.”

On the political situation in Algeria, Tabbou said that in the face of “a regime waging a war against reforms”, Algerians will not be able to have their revolution until trust is established with politicians.

“If we cannot rebuild trust between the citizen and the politician, the crisis will further persist in our country”, Tabbo affirmed.