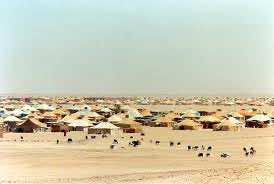 US experts in international relations urged, on Monday in Washington, Algeria and the Polisario to submit to the verdict of history and the reality on the ground in order to find a solution to the Sahara conflict which, they warned, would lead to the region’s destabilization that is prompted by the activities of Al-Qaeda in the Islamic Maghreb (AQIM).

“At a time when Morocco is showing openness and transparency concerning human rights and democracy, we notice a lack of goodwill from Algeria and the Polisario,” chairman of the Institute on Religion and Public Policies Joe Grieboski told MAP, deploring abuses which populations held captive in the camps of Tindouf are subjected to.

He called upon the UN and the Security Council to make Algeria and the Polisario shoulder their responsibilities which is the only way that would give meaning to the informal talks over the Sahara, whose eighth set is scheduled July 19-21 in Manhasset (New York) under the UN aegis.

On the infiltration of members of the polisario into Libya to assist pro-Kadhafi forces, Brieboski noted that any wicked meddling by the polisario in the Libyan crisis will lead to a clash with the US and the NATO countries.

The impasse over the Sahara issue and the Libyan crisis offers to AQIM the opportunity to intervene militarily and politically in the region’s countries, he stressed, adding that the poor humanitarian situation in the camps of Tindouf is the perfect tool to recruit for Al-Qaeda.

Peter Pham, Director of the Michael S. Ansari Africa Center at the Atlantic Council, affirmed that the informal talks will remain fruitless if Algeria and the Polisario persist in denying the reality on the ground.

The truth is that the sweeping majority of Sahrawis showed their full adherence to the democratic process in Morocco by taking part in the referendum on the new constitution dated July 1, he said.