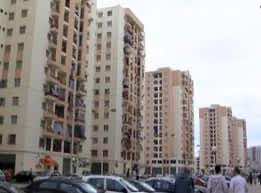 A United Nations housing expert today called on the Algerian Government to democratize its housing policies, the UN Office of the High Commissioner for Human Rights (OHCHR) reported.

Raquel Rolnik, UN Special Rapporteur on the right to adequate housing, said that although the Algerian Government should be commended for building social housing, recent street demonstrations against the beneficiary lists “are the direct consequence of the lack of citizens’ participation in the process of establishing the criteria of attribution as well as the scope of making decisions left to the administration.”

Ms. Rolnik speaking at the end of a visit to Algeria said: “Democratizing housing policies, opening ground to the direct participation of citizens and civil society organizations in their planning and implementation, could represent an important step in the current framework of reforms promised by the Government.”

OHCHR said that in her preliminary conclusions at the end of her 11-day mission, the Special Rapporteur also “pointed out the limitations of a policy based only on the offer of new housing units while there is a range of different housing needs in the country.”

In this context, she reminded the Government of its obligation to protect the persons facing forced evictions and called on the authorities to “progressively ameliorate the conditions of living in unplanned settlements, as part of the need to diversify housing policies and to integrate them in a general framework of habitat,” the agency said.

The independent human rights and housing expert also urged the Algerian Government to take positive measures to increase the access of women to housing and to protect them against discriminatory practices, OHCHR said.

Ms. Rolnik is an unpaid, independent expert reporting to the Human Rights Council in Geneva.