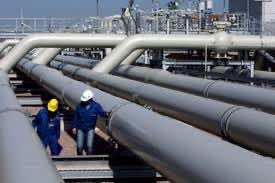 A pipeline that delivers gas from Algeria to Italy via Tunisia was hit by two explosions in northern Tunisia on Monday but is still functioning, the Tunisian Interior Ministry said on Tuesday.

The attack on the pipeline, caused by explosive devices, was most likely an act of sabotage, a ministry spokesman said, without indicating who might be responsible.

The pipeline, which was attacked near the town of Zaghouan, south of Tunis, was still functioning normally, the spokesman said.

“This act of sabotage … did not cause any significant human or material damage,” a ministry source said.

An official in Algeria’s energy sector, who did not want to be identified, said, “The pipeline is functioning as normal and we have not been notified of any incident.”

A statement from the Tunisian government described the attack as “dangerous”, but did not go into detail.

Algeria has provided natural gas to Italy since 1983 through the 775 km Transmed pipeline.

An attack on a gas export pipeline could alarm European energy markets, which rely on Algeria for about a fifth of their natural gas imports.

Most of that gas is shipped via the Transmed pipeline to Tunisia and then on to Italy, with the rest supplied via the Medgaz and Maghreb-Europe pipelines to Spain and in the form of liquefied natural gas, which is transported by ship.

Even during an Islamist insurgency in Algeria that lasted nearly two decades, no attacks on export pipelines were ever reported.

The Transmed pipeline, also known as the Enrico Mattei, pipeline, has a capacity of about 30 billion cubic metres a year.