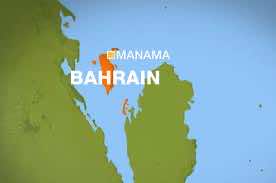 THE US Navy is looking at plans to move its Fifth Fleet away from Bahrain amid fears over violence and continued instability in the Gulf kingdom.

Sources in Washington and the Gulf have confirmed a growing consensus around the idea of relocating the fleet after the recent crackdown on anti-government protests that left at least 32 dead.

Politicians in Washington are concerned the navy’s continued presence a few kilometres from the centre of the capital Manama lends tacit support to Bahrain’s suppression of the opposition, amid allegations of systematic human rights abuses.

“There was talk on Capitol Hill about moving the fleet within days of the protests breaking out, and that increased in March and April as people realised that what was happening in Bahrain ran counter to our interests,” one source said.

The Fifth Fleet is a key component of US military power in the Gulf. Possible alternative locations include the United Arab Emirates and Qatar. However, neither has the current capacity for the fleet and a potential move remains some years off.

The UAE is considered the most likely destination. The US already moors its aircraft carriers at Dubai’s main port, Jebel Ali, and has other military capabilities in the country.

Qatar would offer a logistical link with the large US airbase in the emirate. A new port under construction outside Doha has been expanded to include a naval base adjoining the commercial port, though sources in the Qatari capital say the port is being built to accommodate the domestic navy and “occasional visitors”.

The US Navy has little desire to move, fearing the operation would be costly and pose a logistical nightmare. The fleet comprises 40 vessels and close to 30,000 personnel. But among naval commanders there is an acceptance that political pressure could force the transition.

“This decision may well rest with the Department of State rather than Defence,” said Chris Le Miere at the International Institute for Strategic Studies in London.

Offsetting the Pentagon’s concerns over cost, sources in the Gulf believe that the UAE and Qatar could launch a bidding war to secure the fleet if Washington signalled it was ready to move.

The damage to Bahrain’s reputation would be enormous were the fleet to leave. The kingdom and its ruling Al Khalifa family have been staunch allies of Washington and the US has had a permanent naval presence in Bahrain since the 1970s, with the Fifth Fleet providing a crucial bulwark against Iranian influence in the region.

Among other duties, US and allied ships based in the kingdom secure the Straits of Hormuz, the narrow mouth of the Gulf through which 40 per cent of the world’s seaborne oil passes. Iran has often threatened to close the straits. The final decision will be taken in Washington, but Britain will have a say, supporting as it does coalition efforts in counter-piracy from Bahrain. Britain has minesweepers, destroyers and a submarine based in Bahrain.

Relations between Washington and Bahrain have been tested since Shia-led protests broke out across the kingdom in February demanding democratic reforms from the Sunni government. Washington was caught off-guard in March when Saudi Arabia sent troops into Bahrain to support a crackdown. Calls from the US State Department to halt the deployment were rebuffed by Riyadh.

Riyadh’s increasing influence is likely to provoke further suppression of the Shia and renewed unrest — giving the US greater incentive to leave.