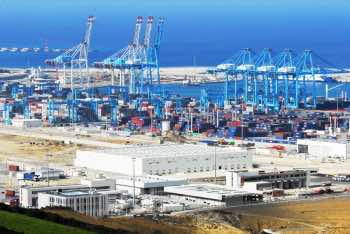 Morocco succeeded in resisting the global slowdown thanks to Foreign Direct Investment (FDI) and privatization receipts, head of the Private Sector Development Division at the Organisation for Economic Co-operation and Development (OECD) Anthony O’sullivan said, underlining that the Kingdom showed commitment to economic openness by concluding several free trade agreement.

“By the increase of the FDI sixfold in five years, in addition to the receipts of privatization, we got results despite the fact that Morocco is impacted by the downturn like the rest of the region’s countries,” O’sullivan told French-speaking paper “Le Matin du Sahara et du Maghreb”.

This country set up an anti-poverty program called the INDH to help the underprivileged, and developed its tertiary sector which stands for 60% of the GDP, thus reducing its dependence on agriculture, he added, recalling reforms implemented to improve the business climate, mainly the creation of the National Committee for Business Environment, the Moroccan Investment Development Agency and regional investment centers.

He went on saying that Morocco is among the countries of the region which have many development plans in relation to the different sectors: plan Emergence, vision 2020 for tourism, green Morocco plan, digital Morocco 2013 plan, and the energy plan. “All these plans complement each other and seek to promote growth and employment.”

He highlighted the interest Morocco takes in infrastructure development including building the Tanger Med port, tourist centers, airports and highways, developing the electricity, water and telecommunication sectors, and slashing taxes in favor of businesses with a code of good governance.