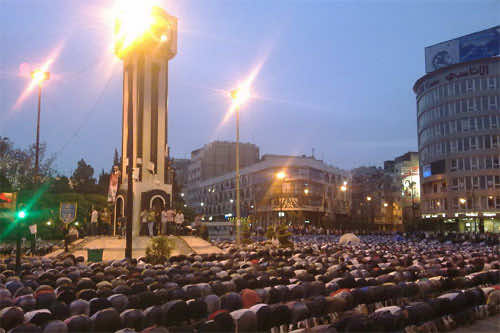 The United Nations Secretary-General has once more expressed his deep concern over the violence committed by Syrian authorities against peaceful protesters in Syria.

In a statement issued by his spokesperson today, Mr. Ban Ki-moon, called on the Syrian authorities to “stop repression immediately”, while also asking all sides to refrain from using violence.

The Secretary-General also urged the Syrian Government to allow humanitarian access to affected areas and to facilitate the visit by the fact-finding mission of the Office of the High Commissioner for Human Rights, which the United Nations Human Rights Council authorized in a resolution last April.

Addressing the calls by the Syrian Government for dialogue with the opposition, the Secretary-General called for such dialogue to be credible and inclusive, and for it to commence without delay and to be part of a broad and genuine reform effort. But at the same time, he expressed the view that the mass arrests by the Syrian authorities are not consistent with serious reform.