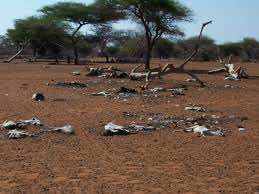 Nabil El Arabi, the Secretary General of the Arab League, has called for support for those affected by Somali drought.

The Arab League published a statement on its page on “Facebook”, making an urgent call for all Arab states, specialized organisations, Red Crescent societies and civil society organisations to make their resources available to rescue the Somali people from their plight following a severe drought that hit Somalia this summer.

The page mentioned that Arab League Secretary-General, Nabil El-Arabi, had assigned immediate funds from the treasury of the secretariat to distribute medical and food aid to the affected Somalis in the coming days.

The League also stressed the importance of aiding those displaced or taking refuge as a result of the disaster.

In an interview with a private satellite channel on the same day, El Arabi pledged to adopt “all moral and legitimate means to develop the Arab League’s activities.”

Addressing Palestinian-Israeli issue, El Arabi stressed that he is working hard to solve the conflict.

El Arabi replaced Amr Moussa, who had been in office for the last 10 years since 2001.