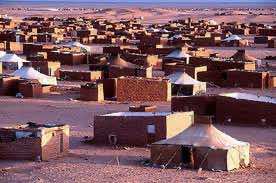 Dakar- The Dakar-based Network of Sahrawis in Africa called recently for conducting a head-count of the population held against their will in the polisario-run Tindouf camps (South-westernAlgeria).

The network stressed the need for implementing UN Security Council resolution 1979 which includes a provision requiring the census of the forcibly held population in Tindouf camps.

“Morocco has always shown an unwavering commitment by taking part in a negotiation process” aiming at finding a realistic and credible solution to the artificial Sahara conflict, the network said in a statement, voicing full support for the Kingdom’s initiative to grant autonomy to its southern provinces, the Sahara.

The deep political reforms mirrored in the elaboration of a new constitution will certainly open political, economic and social prospects, notably with regard to the advanced regionalization plan and the enshrinement in the constitution of the of Sahrawi culture, the same source added.
The network made it clear that Morocco’s autonomy proposal will promote regional peace and stability, amid terrorist threats posed by A Qaeda in the Islamic Maghreb (AQIM).

Concerning the ongoing informal talks in Manhasset, the Sahrawi network challenged polisario’s representativeness and called for “young Sahrawis inMorocco and Tindouf to be represented in these negotiations, given the fact that the polisario front does not represent the Sahrawi population.”