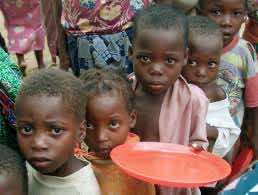 ROME (Reuters) – The United Nations has called an emergency meeting on July 25 to discuss mobilising aid for drought-stricken east Africa, where famine has been declared in parts of Somalia.

A wide swathe of east Africa, including Kenya and Ethiopia, has been hit by years of severe drought and the United Nations says two regions of southern Somaliaare suffering the worst famine for 20 years, with 3.7 million people facing starvation.

The United Nations Food and Agricultural Organisation announced an emergency meeting at its Rome headquarters on Monday to be attended by ministers and senior representatives from its 191 member countries, other U.N. bodies, NGOs and regional development banks.

The meeting was called at the request of France, current president of the Group of 20 leading economies.

British charity Oxfam accused several European governments on Wednesday of willful neglect in reacting to the crisis, with an $800 million aid shortfall slowing the international response.

Years of anarchic conflict in southern Somalia have exacerbated the emergency, preventing aid agencies from helping communities in the area. Nearly 135,000 Somalis have fled since January, mainly to neighbouring Kenya and Ethiopia, with many small children dying during the journey.

Islamist militants linked to al Qaeda, who control much of southern and central Somalia, imposed a ban on food aid in 2010, but lifted it earlier this month as the crisis worsened.