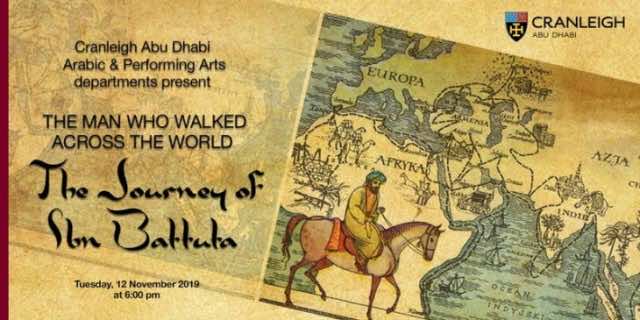 On a summer day in 1325, a 21-year-old legal scholar named Muhammad Ibn Battuta set off from his home in Tangier, Morocco, on a pilgrimage to the sacred city of Mecca. “I braced my resolution to quit all my dear ones, female and male, and forsook my home as birds forsake their nests,” a much older Ibn Battuta rhapsodized in the celebrated account of his journey, the Rihla.

That journey would last nearly 30 years and cover more than 100,000 km. By the time Ibn Battuta returned to Tangier, he had traversed — by foot, by donkey, by camel and by boat — nearly the entire length of the Muslim world and beyond on a quest for knowledge and experience. And while that quest would ultimately take him as far as China (for did not the Prophet Muhammad encourage his followers to “seek knowledge, even in China”?), for the most part, Ibn Battuta kept within the boundaries of what was known at the time as Dar al-Islam, “the abode of Islam” — that region of the world where Muslims ruled and Islamic law prevailed.

As a purely geographic designation, Dar al-Islam referred to the stretch of land that fell under Muslim sovereignty, with Mecca — the “congress of the Muslim world,” as Ibn Battuta termed it — pulsing at its heart. Yet for him and his contemporaries, Dar al-Islam connoted more than mere geography. It was above all else an ideal, an aspiration, a shared sense of consciousness held by a global collection of like-minded individuals who maintained more or less the same beliefs and practices and who, as such, composed a single, unified and divine community: the ummah.

This is what the pilgrim and the merchant, the warrior and the peasant would have understood as the source of his or her identity. Indeed, as U.S. historian Ross Dunn notes, Ibn Battuta “was a member of the literate, mobile, world-minded elite” and would have regarded himself as a citizen “not of Morocco, but of Dar al-Islam, to whose universalist spiritual, moral, and social values he was loyal above any other allegiance.”

Although Muslims made up the majority of Dar al-Islam’s population, and while the norms, values and customs of the people aligned with the fundamental precepts of Islam, it was the enormous diversity of the ummah scattered across these lands that so struck Ibn Battuta. He saw things in his travels through the Muslim world that were as foreign to him as they would have been to a stranger.

In Turkey, he was taken aback by the behavior of certain Muslim women who seemed to dominate their husbands. In the Maldives, he was scandalized by the clothing and customs of the natives. Across central Asia, he was constantly shocked by the practices of the Mongols that so drastically conflicted with his orthodox sensibilities. In other words, while the population of Dar al-Islam may have shared Ibn Battuta’s allegiance to the One God and his Final Messenger, it in no way shared his culture, customs, habits and worldview.

What was true of the Muslim world in Ibn Battuta’s time is equally true today. In fact, the diversity and eclecticism that have always marked the ummah have, over the centuries, become a veritable cornucopia of contrasting beliefs, practices, customs and traditions among the world’s 1.6 billion Muslims. At the same time, mass migration and the steady flow of people across national borders have dramatically extended the reach of the ummah far beyond anything that could be defined as Dar al-Islam.

Nowadays, we call this phenomenon globalization: “the intensification of economic, political, social and cultural relations across borders,” as the Danish political philosophers Hans-Henrik Holm and Georg Sorensen define it. But make no mistake: the world that Ibn Battuta experienced in his travels nearly 700 years ago was as globalized as the world we live in today.

This was in large part due to the Pax Islamica that existed under the rule of the Mongols, who had, by Ibn Battuta’s time, conquered nearly the whole of Central Asia, Russia and China. By creating the largest territorial empire in history, the Mongols — who had a penchant for allowing merchants free rein in their territory — encouraged the flow of goods and people across the vast distances under their domain.

With the expansion of trade routes came an increase in cultural interactions, as merchants, scholars, mystics and pilgrims — Ibn Battuta was, at one point or another, all these things during his long journey — moved freely along the Silk Road from one city to another, from one kingdom to another, from one principality to another. It was indeed the golden age of Islam, which, as historian Marshall Hodgson wrote, “came closer than any other medieval society to establishing a common world order of social and even cultural standards.”

That golden luster has dulled a bit in the centuries since Ibn Battuta’s glorious expedition across Dar al-Islam. The supremacy that medieval Islam enjoyed in the fields of science, trade, mathematics and architecture has, in many parts of the Muslim world, given way to stagnation and decline. Colonialism, Western imperialism, corruption, civil wars, extremism and terrorism have exacted their toll on the cultural and artistic dominance that marked the Islam of Ibn Battuta’s time.

The end of the Ottoman caliphate in 1924 and the resulting geopolitical fragmentation of the Middle East punctured whatever lofty visions the dream of a unified ummah once engendered among Muslim intellectuals. Over the past century, a great many Muslims have come to regard themselves less as members of a worldwide community of faith than as citizens of individual nation-states.

At the same time, the religious and political institutions that once dominated the lives of Muslims have begun to disintegrate as greater education and widespread access to new ideas and sources of information allow individuals the freedom and confidence to interpret Islam for themselves.

The result: a cacophony of disparate voices vying with one another to define the future of what will soon be the largest religion in the world. As with any shouting match, the loudest voices — the extremists and radicals — get heard. Hence the abiding image in Western media of Islam as a religion of violence and terrorism.

Yet something remarkable has been taking place in what is left of Dar al-Islam in the 21st century. A new kind of global identity is forming across North Africa and the Middle East as young people — who make up the overwhelming majority of the region’s population — are beginning to rise up and demand a voice in their political and economic destinies.

While this so-called Arab Spring has progressed in fits and starts and though it has been more successful in transforming certain societies (Tunisia, Egypt) than others (Libya, Syria), what is taking place across the lands that Ibn Battuta traveled centuries ago is not, as it has so often been portrayed in the West, merely a nationalist phenomenon.

On the contrary, this generation — which is intimately interconnected by new communication technologies like satellite television, social media and the Internet — has formed a new kind of transnational identity, one that cannot be contained by any ethnic, national or sectarian borders.

It is an identity founded on young people’s shared ambition to free themselves from the grip of their corrupt and inept political, religious and economic institutions and thus to return their culture and society to the days of glory it achieved in Ibn Battuta’s time.

No doubt, there are great cultural, ideological and even religious differences in this new generation of Muslims. One should expect nothing less. The notion that there could ever be unanimity in beliefs and practices among more than a billion people scattered across the globe is utterly absurd. Only a fool or an ideologue — they are often one and the same — would claim otherwise.

What cannot be denied, however, is that thanks to this global youth generation, whose reach extends from Asia to Europe and North America, Dar al-Islam once again signifies more than a geographic designation. Once more, it has become an ideal, an aspiration, a shared sense of consciousness. The ummah, which has always been a virtual idea, is now quite literally virtual, with Muslim communities forming on the Internet, unconstrained by the boundaries of space and time.

Where this new generation will take Islam remains to be seen. It will be many more years before we know the full implications of the Arab Spring. But one thing we may be confident about is that the new world being built one protest at a time across much of the Muslim world is one that the peripatetic traveler Hajji Abu Abdullah Muhammad Ibn Battuta, as he came to be known on his return to Tangier in 1354, would not have found all that unfamiliar.

Aslan is an associate professor of creative writing at the University of California at Riverside and founder of AslanMedia.com. His books include No god but God, Beyond Fundamentalism and Tablet & Pen.