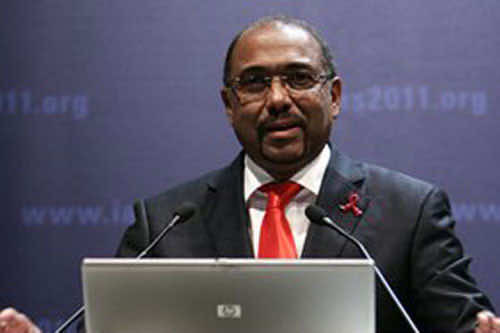 The United Nations agency at the forefront of the global AIDS response has strongly welcomed new data that provides further evidence that male circumcision is effective in preventing HIV in men.

It is the first time a study has shown that a roll-out of male circumcision procedures is effective at the community level in preventing HIV, the agency noted, as the results were announced yesterday at a conference in Rome.

“Science is proving that we are at the tipping point of the epidemic,” said UNAIDS Executive Director Michel Sidibé. “Urgent action is now needed to close the gap between science and implementation to reach the millions of people who are waiting for these discoveries.

“Scaling up voluntary medical male circumcision services rapidly to young men in high HIV prevalence settings will help reach the 2015 goal of reducing sexual transmission of HIV by 50 per cent,” he stated.

During the study, free circumcision services offered to all men over 15 years of age resulted in 20,000 circumcisions over a three-year period in Orange Farm, which has around 110,000 inhabitants.

UNAIDS pointed out that many African countries are strongly supporting the scale-up of male circumcision. Kenya has taken the lead, providing voluntary male circumcision to 290,000 men over the past three years, mostly in the province of Nyanza.

In Tanzania, where the Government announced plans to circumcise at least 2.8 million men and boys between the ages of 10 and 34 over a five-year period, a rapid results campaign in early 2011 saw more than 10,000 boys and men circumcised over six weeks.

The Government of Swaziland, which has the highest HIV prevalence rate in the world at 26 per cent of adults aged 15 to 49 years, has recently launched a plan to provide voluntary medical male circumcision to the 152,800 men in that age bracket.

While welcoming these results and other recent discoveries, UNAIDS stressed that there is still no single method that fully protects against HIV.

“To reach UNAIDS vision of zero new HIV infections, UNAIDS strongly recommends a combination of HIV prevention options. These include correct and consistent use of male and female condoms, waiting longer before having sex for the first time, having fewer partners, medical male circumcision, avoiding penetrative sex and ensuring that as many people as possible in need of antiretroviral therapy have access to it,” the agency stated.