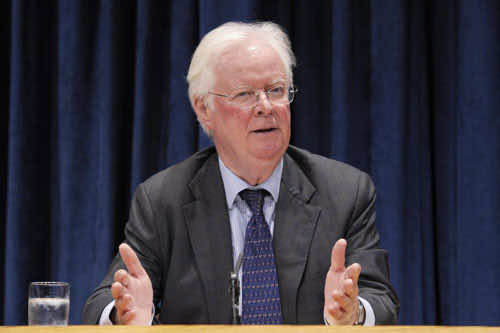 The United Nations Special Coordinator for Lebanon today told the Security Council that the resolution that ended the 2006 war between Israel and Hizbollah has largely been respected over the past five year, but there has been little progress towards an envisaged permanent ceasefire.

The terms of resolution 1701 ended a month-long war between Israel and the Lebanon-based Hizbollah. It also calls for respect for the Blue Line separating Israel and Lebanon, the disarming of all militias in Lebanon, and an end to arms smuggling in the area.

“Remarkably, despite tensions, and despite some incidents, that resolution has held very well, and it held very well when you compare it with what happened between Israel and Lebanon in the previous 20, 30 years,” Michael Williams told reporters at UN Headquarters after presenting the Secretary-General’s report on Lebanon to the Council.

“But there is also the recognition that while the cessation of hostilities has held very well, there has been little or no movement towards a ceasefire,” Mr. Williams said.

He said it was imperative that both Lebanon and Israel make efforts to resolve some of the issues that have proved thorny in the resolution, including the question of the village of Ghajar. Israel has yet to withdraw from northern Ghajar and the adjacent area north of the Blue Line separating the countries.

“I hope we can move forward to the position we did have in 2000, when the Israelis did withdraw military from that village,” said Mr. Williams.

“This would be an important first step – of course it would not lead to immediate assertion of Lebanese authority and sovereignty – but we do envisage a separate process where the UN would mediate and hold talks between Israel and Lebanon on a final solution that would include the people of that village.”

He also stressed the need for Lebanon to look into the issue of arms held by groups other than the Lebanese State. The UN has strongly supported President Michel Sleiman who is anxious to reconvene the so-called National Dialogue, where the issue of arms is expected to be addressed.

Mr. Williams welcomed the commitment of Lebanese Prime Minister Najib Mikati to resolution 1701 and to all other Security Council resolutions that apply to Lebanon.

“I also welcome some concrete acts that he has engaged in first days in office including the first ever visit by a Lebanese Prime Minister to UNIFIL [UN Interim Force in Lebanon]… headquarters in Naqoura,” he added.