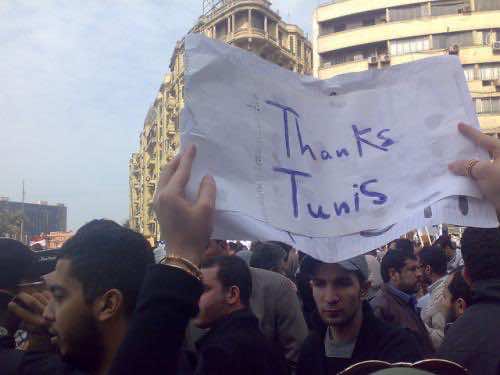 The regional implications of the Arab Spring are a topic that has not been discussed much so far. And yet it is clear that the Arab uprisings will have serious repercussions for regional politics. In fact, some of the effects can already be seen.

Before the beginning of this year, the regional landscape in the Middle East had the following characteristics: Iran and Turkey were the two non-Arab countries increasingly present and influential in the region. Yet their powers were being resisted by varying degrees. Iran’s influence had created an implicit alliance between Arab states such as Egypt, Saudi Arabia and Jordan, not to mention smaller Gulf states. These countries were in tacit agreement with Israel on the issue of limiting Iran and its Arab allies, such as Syria, Hezbollah and Hamas. As for Turkey, a country which was largely welcomed in the mid-2000s, there was some skepticism as well. Turkey’s relations with Iran, with Hamas and the crisis in its relations with Israel were not welcomed by the group of countries listed above. In addition, these issues created a rift between the United States and Turkey.

In the wake of the Arab uprisings, these relationships seem to be changing. A major change has been the overthrown of the Hosni Mubarak regime in Egypt. Although the military, which was part of the ruling coalition under Mubarak, is still at the helm there, the signs of change in Egypt’s regional policy have started to come. The most significant implications have been on the Palestinian issue. The opening of the Rafah crossing to the Gaza Strip, the more balanced mediator role between Hamas and Fatah which contributed to reconciliation between the two and the call for the recognition of the Palestinian state if it is declared in the fall are all examples of the changes in policy vis-à-vis this issue.

Egypt’s attempts to normalize relations with Iran and declarations to establish diplomatic relations with the Islamic republic, as well as allowing two Iranian warships to transit the Suez Canal, are equally significant and have already prompted harsh criticism from Saudi Arabia.

Riyadh, on the other hand, is also very much concerned about the Bahrain uprising where the majority Shiite population of that country is demanding real representation. Concerned about “meddling by Iran,” as well as the implications of the Bahraini uprising for its own Shiite minority, the Saudis deployed force in Bahrain to help suppress the uprising.

These developments have repercussions for Israel as well. A grand coalition against Israel is unlikely as the Arab world will be dealing with its own problems for some time, and the declaration from Egypt that it would continue to honor its peace agreement with Israel was a relief for Tel Aviv. However, the tacit coalition against Iran is gone and the Palestinian issue seems to be more difficult to contain. There is a possibility of large-scale uprising, especially in September, when the Palestinian Authority is expected to ask the United Nations to recognize an independent Palestinian state.

For Iran and Turkey, the two major players of the previous period, the Arab uprisings are a mixed bag. Although Iran may welcome the change of regime in Cairo, as well as the uprising in Bahrain, the possibility of regime change in Syria could limit its influence in the Arab Levant. Furthermore, Egypt is a different player now, and it could further limit Iranian activism on the Palestinian issue.

As for Turkey, the uprisings challenged Turkish foreign policy in the Middle East. The instability and uncertainty in the region directly goes against the basic premises of Turkey’s policies toward the region and thus requires a shift in terms of strategy. One shift in that respect seems to be already taking place: Unlike the earlier period, Turkey and the U.S. seem to be working together more closely to achieve a more controlled transition in the region.

Thus, in the atmosphere of uncertainty and turmoil, regional countries are watching the developments closely and trying to position themselves in the emerging Middle East. The new rules of play are far from clear. The question is whether the new Middle East will be more amenable than the previous one to a more cooperative regional regime or not. It is too early to tell.