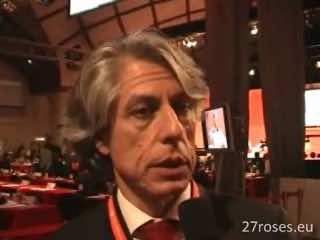 The new constitution, overwhelmingly approved by the Moroccan people in a referendum of July 1, represents a “major and positive step” on the path of democracy consolidation in Morocco, Carlos Carnero Gonzalez, the Special Spanish Ambassador for European integration, said on Thursday in Madrid.

The Moroccan new supreme law will also reinforce the rule of law and the reform process undertaken by the Kingdom years ago, Carnero told MAP on the sidelines of a conference on “European Neighborhood Policy and the transformations in the Arab world”.

The Spanish diplomat, on the other hand, highlighted the progress made by Morocco in recent years in various fields, noting that the Kingdom’s achievements were welcomed by the international community.

Spain, which commended the referendum of July 1st and its result, closely follows the reforms led by Morocco, he added.

On the Moroccan-EU relations, Carnero Gonzalez recalled that the Kingdom is the only southern Mediterranean country that was granted an Advanced Status in its relations with the EU.