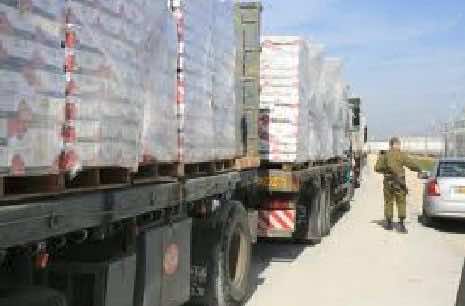 The United States is investigating reports that a ship carrying weapons for Libyan leader Muammar Gaddafi’s forces was allowed to dock in Algeria, which would be considered a violation of U.N. resolutions, a State Department official said on Friday.

The United States called on Algeria, if it was aware of the shipment, to stop it from reaching Gaddafi’s forces.

Libyan opposition sources expressed concern about the ship, saying it was sailing under a Libyan flag, carrying weapons, and arrived on July 19 at the port of Djen Djen in Algeria, from where the cargo was being taken over the border into  Libya.

“We have heard reports that a ship carrying arms to Gaddafi’s regime was recently permitted to dock in Algeria and that these weapons are currently being transported overland into neighboring Libya,” the State Department official told Reuters.

“The United States government is working to ascertain the veracity of these claims, which have only just come to light. If true, this would likely constitute a violation of U.N. Security Council Resolutions 1970 and 1973.”

The United States this month formally recognized the rebel National Transitional Council as the legitimate interim government of Libya and has called on Gaddafi to step down.

The rebels have waged a five-month campaign seeking to oust Gaddafi, backed by NATO air strikes.

“The government of Algeria has told us on numerous occasions, and has stated publicly, that it has strictly adhered to all (U.N. Security Council resolutions) regarding the Libyan conflict,” the State Department official said.

“We call on the government of Algeria to continue stringent enforcement of these resolutions and, if aware of this particular shipment of arms, to ensure that it does not reach Colonel Gaddafi’s forces.”

The Portuguese U.N. mission, which is chair of the Libya sanctions committee, said it had not received any notification of the alleged violation.