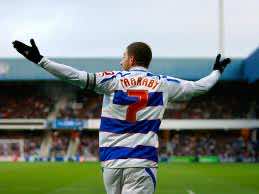 “Flavio Briatore is dealing with all the transfers at the moment. He’s dealing with PSG and Adel himself,” Warnock told Sky Sports News.

“I’ve just got to wait until he tells me one way or another. It would be nice to get it done because we’ve got to look and plan ahead. If he is going to leave us the day before the season starts we’re going to be right in the cart so we’ve got to get it done.

“Adel wins games for you. He would set the Premier League on fire. I am hoping things break down if I’m honest, but I think if they come up with the money then I am sure he will be on his bike.

“There is nobody like Adel Taarabt but you’ve just got to move on. It’s hard work to get players in anyhow.

“I don’t think I’ll be getting any of the money, I think we have just got to look for Bosmans and look for shrewd acquisitions, loan players etc.

“Try and do it on the smallest transfer fee outlet there’s ever been.

“We’ll be trying to survive on that and that will be another achievement.”