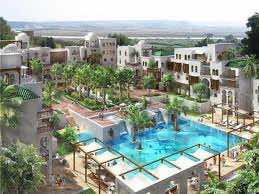 The market for holiday properties in Morocco is struggling, according to one sector commentator. David Le Bail, director of consulting at DTZ, stated that “the second home market collapsed totally” following the bombing of a Moroccan cafe in April this year.

This compounded the effects of the financial crisis and uprisings in other Arab nations which had already slowed the real estate sector in the country.

The National cited figures from CB Richard Ellis showing that housing prices in the nation declined by 50 per cent between 2008 and 2010. Meanwhile, it also noted that half of the available housing stock in Morocco last year was vacant.

However, property investment firm Immobiliertanger commented that it believes certain areas of the country could offer growth in the future.

Last month, the company stated that villas in Tangier could offer good returns due to the increase in tourist arrivals in the city, which may boost the holiday homes rental market.