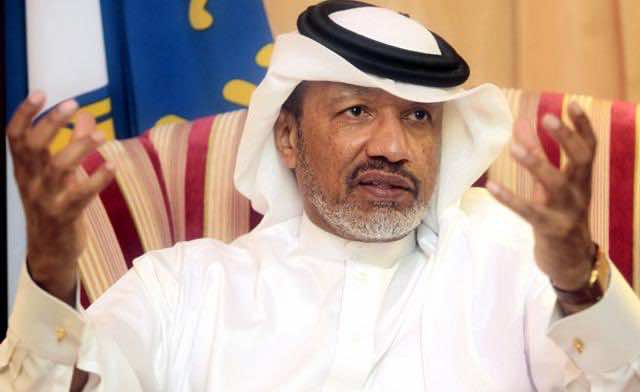 FIFA’s ethics announced the ban after two days of hearings in Zurich that found Mr. Bin Hammam guilty of bribing officials of the Caribbean Football Union (CFU) to secure their support for his candidacy in last month’s FIFA presidential election.

“He maintains his innocence. He will continue to fight his case through the legal routes that are open to him,” the spokesman said.

Mr. Bin Hammam, who has repeatedly denied any wrongdoing, stayed away from the hearing in Zurich but was represented by five lawyers. In a blog posting on Friday, the 62-year old Qatari national said he expected FIFA to convict him and would appeal the verdict in the Court of Arbitration of Sport and possibly in legal proceedings in a yet to be determined jurisdiction.

Mr. Bin Hammam is the most senior official to have been convicted in FIFA’s 107-year history. His conviction is in part designed to put FIFA past the worst scandal since its foundation in 1907.

Ten of FIFA’s 24 executive committee members have been tainted by charges of corruption or improper behavior in the last nine months. One, FIFA President Sepp Blatter, was exonerated; FIFA vice president Jack Warner resigned to avoid investigation, and two African members were banned for periods of up to three years.

Mr. Bin Hammam, who has denied any wrongdoing, withdrew his candidacy in late May hours before the committee suspended him pending the outcome of an investigation. His withdrawal paved the way for Mr. Blatter’s unchallenged re-election for a fourth term.

The banning leaves Mr. Bin Hammam’s reputation in tatters and ends his 29-year career as a prominent soccer executive.

However, by putting up a fight Mr. Bin Hammam is certain to dash Mr. Blatter’s hopes to quickly repair FIFA’s tarnished image. It could also prolong controversy over the awarding to Qatar of the right to host the 2022 World Cup even if allegations of wrongdoing by the Gulf State in its bid campaign have been proven to be false.

In the meantime, the immediate issue facing the AFC’s executive committee that meets in Kuala Lumpur this week in the wake of Mr. Bin Hammam’s banning is the nomination of his successor.

That could prove to be politically tricky. The obvious candidate is acting AFC president acting chief Zhang Jilong. Mr. Zhang would probably win against Japan’s Kohzo Tashima, who is reported to be considering running for the job despite the fact that he enjoys little support in the region.

The BFA however is suspected of having had a hand in the arrest of soccer players who participated in anti-government protests earlier this year and in the suspension of others. The BFA has denied in a response to questions by FIFA that any measures were taken against soccer players and officials despite allegations by clubs and the players themselves.

That may not be a deterrent for Arab associations that are largely controlled by incumbent regimes but could blow up in the face of the AFC if the BFA’s assertions prove to be incorrect.

(James M. Dorsey, formerly of The Wall Street Journal, is a senior fellow at the Nanyang Technological University’s S. Rajaratnam School of International Studies and the author of the blog, The Turbulent World of Middle East Soccer. He can be reached via email at: [email protected])