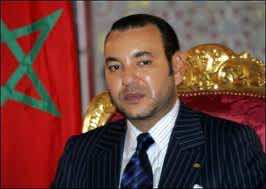 In a message of condolence and compassion, the Sovereign expressed to the King of Norway Harald V as well as to the Norwegian government and people Morocco’s strong condemnation of “these vile criminal acts that are contrary to the precepts of monotheistic religions, democratic values and human universal lofty principles that ban terrorism in all its forms.”

“In these painful circumstances, we express to your Majesty, to the bereaved families and to the Norwegian friendly people our heartfelt condolences and sincere feelings of compassion after this barbaric terrorist attack, imploring the Almighty to receive victims in his heavenly kingdom and to inspire comfort and consolation to their families,” the Sovereign added.

HM the King also hoped prompt recovery to the injured and expressed his conviction that “such acts of violence and hostility will not deter the commitment of your people and your country to universal values of democracy, freedom, brotherhood, peace, justice, alliance of civilizations, cultures and religions.”