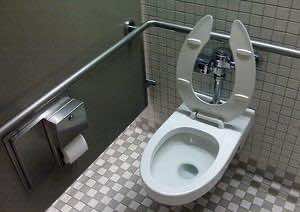 The Bill and Melinda Gates Foundation, the American foundation founded by billionaire Bill Gates, launched an initiative to reinvent toilets. The Foundation announced a grant of $42 million to the person who changes the shape of the part which flushes the water, or what is called the “Flush”.

The President of the Global Development Foundation of America, Sylvia Mathews Burwell, said there hasn’t been any innovation or change to the form or the method of flushing water in about 200 years, since the idea was first invented in 1775. Today, more than a third of the world uses this type of flush-toilet. The remaining two-thirds of the world’s population do not have modern toilets, due to the expense, need for a steady water supply, and sanitation and human-waste treatment systems. According to the World Health Organization, approximately 2.6 billion people do not have modern toilets which increases the spread of diarrhea, and cholera resulting in the death of approximately 1.5 million children annually.

The founder of Microsoft Company is interested in the innovation of a toilet which will be affordable to all.

Frank Rijsberman, Director of Water, Sanitation and Hygiene in the Foundation, declared the goal of the project to be the affordability of toilets to about 2.6 billion persons across the world who don’t have them, especially in Africa, where even city people relieve themselves in plastic bags and throw them in the streets.

In the Moroccan city, El Jadida, restrooms are hard to come by. El Jadida witnessed significant economic and industrial development, urban expansion, and large population growth making it the second largest economic city after Casablanca. However, local councils have not built new public restrooms to support the increased population. The ramifications have been catastrophic; Morocco was eliminated from the 2012 World Exhibition due to insufficient public restrooms in Tunja City.

El Jadida saw approximately 2 million visitors this summer season, however, due to insufficient public restrooms, people have been forced to relieve themselves in public parks, on building walls, and on the Portuguese District fence which was declared to be a UNESCO Cultural Heritage Site in 2005.