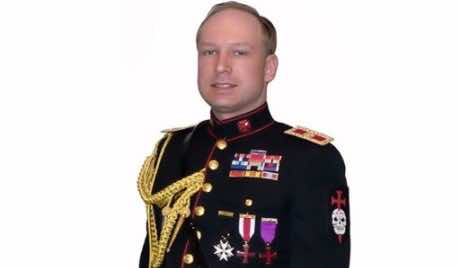 The Voice of Russia

Anders Breivik, who is accused of plotting and implementing twin deadly attacks in Oslo and Norway`s island of Utoeya, admitted to carrying out both attacks, which he described as ‘gruesome but necessary’. Breivik was going to change the world and plotted a revolution. He says he will reveal more details in court on Monday, July 25. On Sunday, 6 people were detained in Oslo, suspected of having to do with the terror act. Later, these 6 were released. Meanwhile, some reports say that the number of the victims has reached 93, and some call the figure of 97. Nearly 100 people were hospitalized.

Until Friday the world hardly knew anything about Anders Breivik. He is said to be one of the 22,000 members of a pro-Nazi web forum, the largest in Scandinavia. The 32-year-old attackers also had pages on Facebook and Twitter. One of his posts quoted philosopher John Mill: “One person with a belief is equal to the force of 100,000 who have only interests.”

Norwegian mass media say Breivik had described his preparations for the attacks in a 1,500-page manifesto headlined “2083: A European Declaration Of Independence”. The manifesto is attributed to Breivik, though his involvement has not been confirmed yet.

Some details of his personal life became available soon after the attacks. Breivik had served in the Norwegian military and had no criminal record. The attacker himself wrote that his hobbies included freemasonry:

“Breivik has spent the past few months at his farm, allegedly preoccupied with farm work but more likely preparing his attacks. He will undergo a psychiatric examination and in case he is declared insane, this means he will not be prosecuted.”

Mikhail Vinogradov, a prominent Russian psychiatrist, says that there is every reason to believe that the man who staged the Oslo carnage is mentally ill:

“This is the attack of a psychopath committed to sacrificing himself, the hysteric reaction of a madman who is driven by deep-hidden hatred to people who are not like him and who seeks to demonstrate his power, strength and superiority. He seems to have been guided by no one but himself and has long been preparing to strike.”

On the other hand, Breivik has not concealed his nationalistic views. In his 12-minute address posted on YouTube, he called for stopping the flows of immigrants.

“One of the reasons that Nazi ideas still live on in Europe is the fact that in some countries they are, in fact, openly propagated by some politicians,” says Russia’s Representative in NATO Dmitry Rogozin:

“In former Soviet Baltic republics, Nazism is nearly praised by these countries’ top leaders. Recently, Romania’s President Traian B?sescu said that in 1941, he would also have ordered the Romanian army to join the side of Nazi Germany, like the then Romanian leaders did. In some European counties, there are politicians with rather high ranks who openly preach Nazi ideas. Small wonder that some people in the street take these ideas as a guide for action.”

Lev Voronkov, a senior analyst with the Center for North European and Baltic Studies think tank of the Moscow State Institute of International Relations Research and Coordinative Council, says the latter fact must not be disregarded:

“The influx of foreigners stems from problems on the labor market. The European Union laws stipualte the free movement of workforce. Countries that receive EU labor migrants are to offer them the same social guarantees that are offered to native workers. As for immigrants from non-EU countries, they often cause allergy. Norwegian society has always been and will remain tolerant, but some political forces are apparently seeking to make use of the anti-immigration moods to reap political dividends.”

In his YouTube address, Breivik calls for uprooting the Marxist culture to give Norway a better future. Since both of his attacks targeted ruling Labour Party venues, it would be safe to assume that it is the Labor Party that Breivik considers to be the Norwegian branch of Marxism. Lev Voronkov says that only a poorly informed man can think so:

“If a man perceives the policy of Norway’s Labour Party as Marxism, then he has been poorly informed. When any leftwing idea is perceived as Marxism, this is also an ideology, but this sort of ideology doesn’t come from big wits.”

Breivik has been charged with terrorism. By law, the maximum sentence he can get is 21 years in prison.