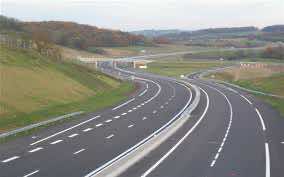 The Fez-Oujda motorway, whose building works were launched by the Sovereign on January 16, 2007, is part of the ambitious program of motorway infrastructure that includes 1,417 km.

This project falls within the framework of the royal initiative for the development of the eastern region and comprises 13 interchanges.

The construction of the new motorway spanned four years and brought the duration of the Rabat-Oujda trip from seven hours to four and a half.