Morocco World News
Home Sports Fred Rutten: I would like to have Mounir El Hamdaoui – Dutch... 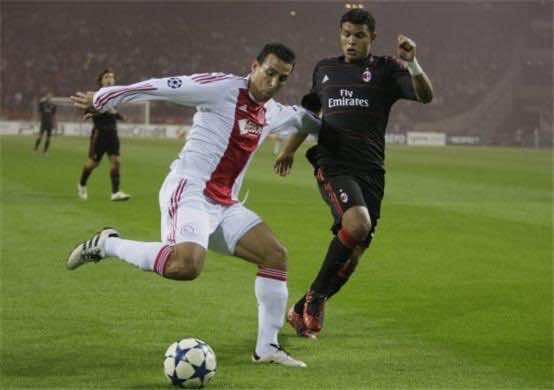 After finishing in the 2010/11 campaign, the Boeren were always going to bring reinforcements to their midfield and attacking third to compete for the title in the upcoming season and PSV have already acquired the services of Dries Mertens, Kevin Strootman and Georginio Wijnaldum. However, the frontline is yet to see a new face being added.

Reports indicate that PSV have set their sights on the Moroccan ace, who is in a hopeless position at Amsterdam Arena since the appointment of Frank de Boer in December 2010. To add more to his misery, the acquisition of Kolbeinn Sigthorsson from AZ Alkmaar in the ongoing summer transfer market has further dented the striker’s chances to represent the Amsterdammers in the new season.

El Hamdaoui is now left with no option but to make a move away from Amsterdam Arena and pursue his career elsewhere in the new season.

Rutten is hoping for the 27-year-old to join the squad at Philips Stadion, where his presence will surely add quality to the club’s attack.

“I would like to have him. He can certainly add more value to the team and it is no secret that we have been looking for a striker”, Rutten said while talking to the journalists.

Marcel Brands, PSV technical director, had earlier admitted that his side want to add a striker before the new season commences. However, no claim was laid regarding El Hamdaoui’s transfer to PSV.

Reports suggest that the Boeren are ready to table a bid in the upcoming days to land Hamdaoui’s services. The Moroccan International’s contract with the Amsterdammers runs until the summer of 2012, but the Ajax management will let go of the striker should an offer in the region of 5 million Euros come through.