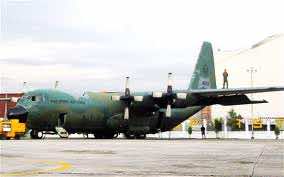 The crash, which took place 10km northeast of Guelmim, was caused by bad weather, the statement said.

The aircraft was carrying 9 crew members, 60 soldiers and 12 civilians, the same source added.

The three injured and the found bodies were taken to a military hospital in Guelmim, while search for the rest of the victims is underway.

The aircraft was servicing the Agadir-Laayoune-Dakhla air link.