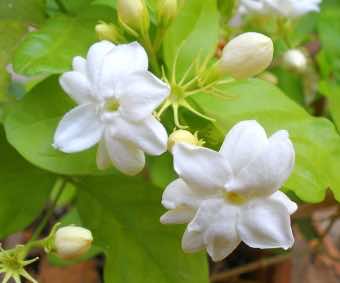 Nine days in Morocco, spent in cities and small towns, leave one with the impression that this Arab/Berber country is not about to come apart. Impressions can be false, of course—Egypt seemed quiet enough until a small group of Internet-savvy young people triggered a major revolution. But anyone who was even mildly familiar with that country knew that underneath a seemingly stable facade was a pressure cooker that was about to burst. That simply does not seem to be the case in Morocco.

If men’s facial hair and women’s head coverings are a measure of anything, Morocco remains a moderate place. Forget cosmopolitan Casablanca; it is to be expected that a large number of men will be clean shaven and an equally large portion—though by no means a plurality—of women will walk the streets bareheaded. But the streets, markets and medinas of smaller towns like Assila and Tetuan, and even of villages, where the population clearly is more conservative, nevertheless are populated by a surprising number of clean-shaven men—the barber shops continue to do a rollicking business—while no more than perhaps 15 percent of women wear the face-covering niquab, an equal if not greater percentage are bareheaded and the rest wear headscarves that vary from traditional, tightly-tied black to loose, colorful coverings.

While in Tetuan I witnessed a demonstration against the king’s arrival there, and also saw most people going about their business, mobbing the shops where everything was marked “for sale” in either Spanish, French or both. One resident estimated that there were only a few thousand radicals in the entire country—an optimistic exaggeration, perhaps, but certainly an accurate reflection of the political realities in his hometown. Regardless of the actual number of what Moroccans term “integristes,” it is clear that many are frightened by the religious radicals, as well as by what they see in Tunisia and especially in Libya, and prefer some improvement to the status quo than to suffer the instability of their neighbors.

King Mohammed VI, though he is hardly charismatic, is nevertheless very popular among all classes of society. He has long been widely seen as less dictatorial and ruthless than his late father Hassan II, and his proposed constitutional reforms have reinforced that impression among his people. Some are enthusiastic about the changes that the king first called for in March and then discussed in great detail on June 17th. Others are wryly cynical. As one wag put it, “the king is probably not going to change much, and we all see through it, but it doesn’t matter, we support him anyway.”

The king retains several critical roles, however. He will remain commander of the armed forces, with the prerogative to name or dismiss all officers. And he will remain the Amir al-Mu-minim, the Commander of the Faithful, as well the President of the High Ulema Council, as might befit a descendant of the Prophet. Moreover, by deciding that Morocco will join the Gulf Cooperation Council (as will Jordan), the king has provided himself with at least some degree of comfort that his fellow monarchs would come to his assistance, whether financial or otherwise, should the need arise.

There are risks, of course, that the king’s approach may not succeed. Indeed, as one observer pointed out to me, should the Islamists be able to form a government, they might pressure the king, precisely because of his role as Commander of the Faithful, to take an ever-more-strict Islamist line on religious, social and political matters. Doing so, however, would undermine all that he is seeking to achieve.

But there are always risks; and the king has cleverly recognized that the greatest risk to his country’s stability, and his place on the throne, is inaction. By drawing upon his personal popularity, reinforcing his position through joining the GCC and promulgating a new constitution, Mohammed VI has increased the odds that Moroccan flowers will peacefully bloom in the Arab spring. That is no small measure of accomplishment, in and of itself.