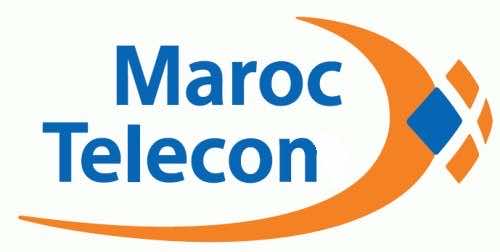 RABAT  – Maroc Telecom, part-owned by French telecoms group Vivendi’s, no longer expects its revenue to rise in 2011 after lower call prices in its key market cut its first-half net profit by 10.3 percent.

“Maroc Telecom expects a slight decline in revenues in 2011 as a result of the significantly lower prices in Morocco,” it said in a statement.

Shares in Maroc Telecom and Vivendi were down by 1.5 and 1.47 percent respectively.

Maroc Telecom made a net profit of 3.985 billion dirhams in the first half of 2011, 10.3 percent below its level a year earlier, on a 0.8 percent drop in revenue to 15.32 billion dirhams over the same period.

Operating income stood at 6.1 billion dirhams in the first half, down 8.3 percent from its level a year earlier, which gives the firm an operating margin of 39.8 percent.

The dominant Moroccan telecom service provider “expects a 2011 operating margin comparable to that of the first half of 2011,” it said.

The drop in turnover during the first half of 2011 “was due to slight decline in revenues in Morocco (-1.7 percent) in an intensely competitive environment, compensated partly by growth of 4.8 percent of subsidiaries’ revenues,” it said.

The drop in turnover was stronger during the second quarter of the year falling by 2.8 percent to 7.8 billion dirhams.

“While the usage increased, Maroc Telecom had to cut prices in the second quarter to follow the competition which was particularly aggressive on the mobile phone pricing,” a Casablanca-based trader said.

Maroc Telecom said the number of clients rose by 16.5 percent to 27.5 million.

Maroc Telecom competes with Meditel, affiliated to France Telecom, and Inwi, which counts Kuwait’s Zain among its main shareholders.

Vivendi holds a 53 percent stake in Maroc Telecom and the Moroccan government has 30 percent. Strapped for cash, the government said earlier this month it would sell a portion of its Maroc Telecom stake.