By David A. Patten 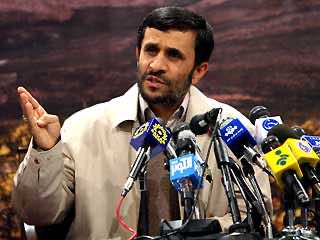 By David A. Patten

Iran’s reputation is taking a nosedive in the Arab world due to its sectarian meddling and the perception that it does not promote peace in the Middle East, according to a new IBOPE Zogby International poll.

The poll was conducted on behalf of the Arab-American Institute (AAI) Foundation. AAI founder and President James Zogby tells Newsmax the poll shows that Iran’s popularity in the region is “plummeting.” Zogby attributes Iran’s ratings slide to its “manifestly sectarian and aggressive” policies, he says.

“It really was rather shocking I thought,” Zogby tells Newsmax. “Even a couple of years ago, people would say, ‘Oh, Arab leaders are against Iran, but their people aren’t.’

“This is clearly an indication of the fact that when Saudi Arabia and the UAE speak about Iran, they’ve got the people with them,” he says.

The Zogby poll surveyed citizens in Morocco, Egypt, Lebanon, Jordan, Saudi Arabia, and the United Arab Emirates (UAE). Iran has a favorability rating of only 14 percent in Morocco. It rates highest in Lebanon, with 63 percent approval, and in Egypt, with 37 percent approval. The Arab nation with the dimmest view of Iran is clearly Saudi Arabia, at 6 percent favorability. Twenty-two percent of UAE citizens and 23 percent in Jordanians rate the Persian nation favorably.

One major sore point among Arabs, clearly, is Iran’s role in Iraq.

Similarly, only 16 percent of Moroccans agree with the statement “Iran contributes to peace and stability in the Arab world,” as do 32 percent of Egyptians, 22 percent of Jordanians, just 4 percent of Saudis, and 12 percent of UAE citizens.

One finding Western diplomats should especially be pleased with: Majorities in every Arab nation but one agree that the Middle East would be more secure without nuclear weapons.

The lone exception was Lebanon, which has a majority Shia population. Only 23 percent of Lebanese wanted nuclear-free zone in the Middle East.

Indeed, the survey reveals a schism between Lebanon and the rest of the Arab world. Lebanon, for example, is the only country where a majority of citizens, 57 percent, say Iran contributes to Arab peace and stability.

Zogby explains that Lebanese Shiites, who are hold the majority in Lebanon, have a “huge feeling of disenfranchisement.” Hezbollah and Iran have preyed on that oppressed sensibility to advance their ambitions, he adds.

“When Ahmadinejad went to Lebanon to the south and spoke to the Shiah as ‘the oppressed of the earth,’ that resonated,” Zogby says. “Nobody else goes to speak to the Shiah population. So it resonates that somebody speaks to their disenfranchisement.”

But Iran has infuriated the rest of the Arab world, says Zogby.
“They have played the sectarian card, creating even further tension, and people don’t trust their intentions,” he tells Newsmax.

The results appear to be good news for the West in its struggle to mobilize world opinion against Iran’s theocrats. But it is notable that the United States has an even lower standing among many Arab nations than does Iran.

The survey is the second of a two-part AAI Foundation report on views in the Arab world. The first part of the survey was released earlier this month and showed a sharp decline in the Obama administration’s favorability rating in the Arab world.

In Egypt, Lebanon, and Jordan, more than 90 percent of those surveyed said President Barack Obama had failed to meet the expectations set by his speech at Cairo University.

President Obama’s policies received less than 10 percent approval in every Arab country surveyed. Compare that to the 60 percent of Lebanese who agree with the policies of Iranian strongman Mahmoud Ahmadinejad.

The first Zogby poll showed Arab approval of the United States in the Middle East has plummeted so drastically under Obama that it is now lower than it was during the presidency of George W. Bush.