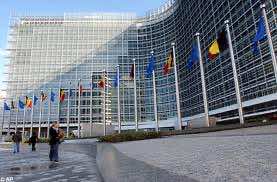 Brussels- President of the European Parliament Jerzy Buzek extended on Tuesday condolences to the families of the victims of the C-130 military aircraft crash in southern Morocco.

“On behalf of the European Parliament, I express my deep condolences to the Moroccan people and to the families of the victims of the crash of a military plane in the South of Morocco,” said Buzek in a statement

Our thoughts are with those lost their dear ones. I wish a speedy recovery to those injured,” added the European official.